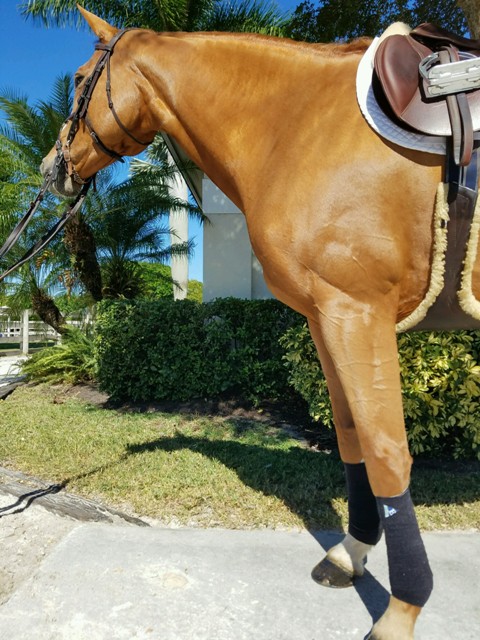 I’m sure you’re aware of the pros and cons of leg products such as boots and wraps and how riders and trainers need to balance their use for protection along with the danger of overheating.  There are a number of studies on the topic and there are others concerning the danger of overheating with ceramic boots and wraps used for injury prevention and recovery. One important theme veterinarians and professionals emphasize is the need for breathable protection. 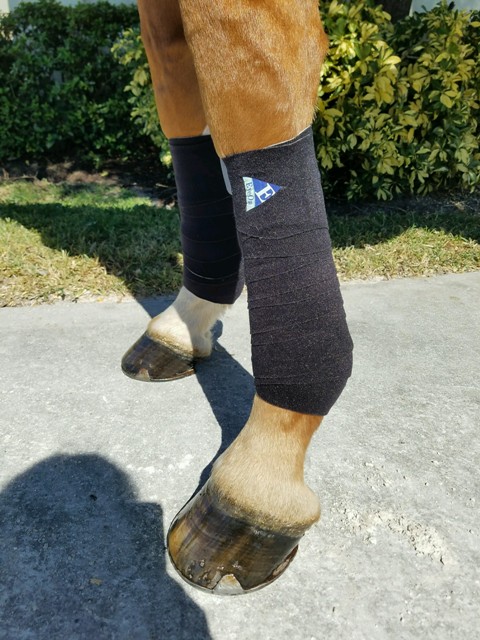 I know icing is a procedure recommended by many veterinarians and trainers but that is primarily due to the absence of having any other sort of remedy.  I’m trying to inform people about a specific remedy that not only enhances lymph flow but also enhances blood flow and oxygenation, reduces swelling and inflammation by increasing the lymph flow, reduces pain through direct action on both free nerve endings in tissues and actually accelerates the entire, natural healing process, far infrared. 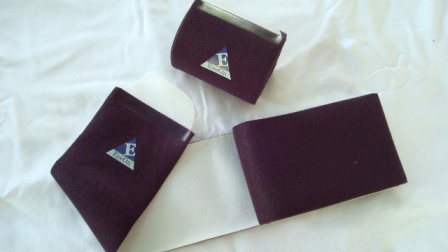 Marly Coppens of Equine Science in The Netherlands conducted a study to compare the skin temperature of the distal limb under a bandage or a tendon boot with that of a bare limb, at rest and after 20 minutes of lunging by use of sensors and thermography.   Ten horses wore a closed tendon boot made of neoprene and a polypropylene fleece with incorporated ceramic particles bandage that enclosed the fetlock joint.

One of the main mechanisms of thermoregulation is heat loss from the body via convection from the surrounding air.  Earlier research looked at the effect of hyperthermia on tendon cell death and found that after heating at 113ºF (45ºC) for 10 minutes’ tendon fibroblast cell survival percentage was 99%. Heating at 118.4ºF (48ºC) for 10 minutes decreased cell survival to 22%.  SDFT core temperatures of 113ºF (45ºC) have been recorded during gallop, with tendon surface temperature reaching 104ºF (40ºC). 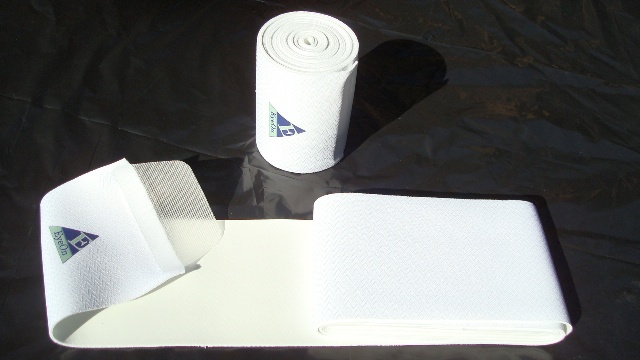 There are two recommendations to riders and trainers based on the study:

There is a far infrared product with a proprietary, non-ceramic, environmentally safe, natural compound embedded directly into a breathable, medical grade, non-slip foam backed by a breathable, Velcro receptive textile made by EyeOn Equine Care in Chester County, Pennsylvania.  Skin wear tests were conducted on test subjects wearing these products for 28 straight days to ensure breathability and any possible sort of irritation.

The EEC products have been used on thousands of horses and people around the world with 100% satisfaction.  In fact many veterinarians, trainers and owners call it magic. Horses that have been lame for over thirty days realized an 80% recovery in less than 24 hours.  One horse with horrendous swelling for more than eight months had the swelling reduced fifty per cent in less than 24 hours.

I just love that wrap! It just feels like it is so comfortable! She doesn’t kick or mind it at all either, nothing like the back on track hock wrap that she absolutely hated. I haven’t even had to tie her to put this one on, she just stands there eating her grain, not minding a bit. – Carmel, Lanse, PA

These leg wraps are so good. I had an incident last week in the paddock, and Xaviers right hind leg was swelling. Two days later I have it under control. Works every day, it’s the number one tool in my first aid kit. – Liv Rannei, Norway

My mare had been head-bobbing lame since July 11th and I was not having much success with anything.  I received the leg wraps and hoof pads on August 11th and applied them the afternoon of August 12th. She was still noticeably lame the day I put them on her. By the next day, she was much better and even trotted a few strides without much trouble. Before this she was hesitant to even walk.  I attribute my mare’s instant soundness to the Eyeon® material embedded in the wraps and the hoof pads. There is no other explanation. All I have to say is that I do believe that the EyeOn® products would be of great benefit to the equine community for overall healing and pain reduction. I knew I had to write this testimonial after using the products because of how well they worked. I think it is breakthrough technology! – Jenny, Kansas

Working in collaboration with Eye On Equine Care

Please visit our website to learn much more www.EyeOnEquineCare.com 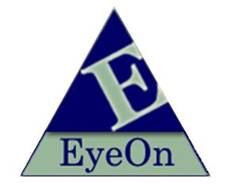 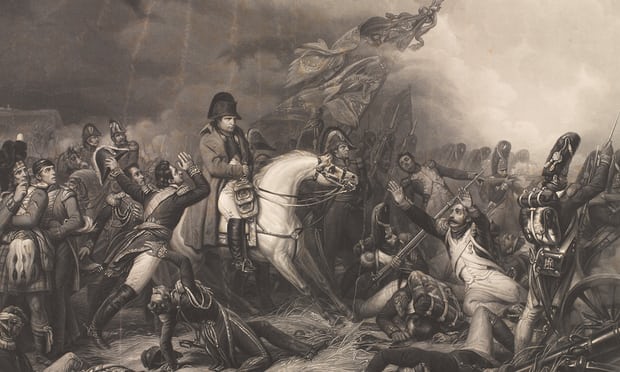 That Time Of The Month… 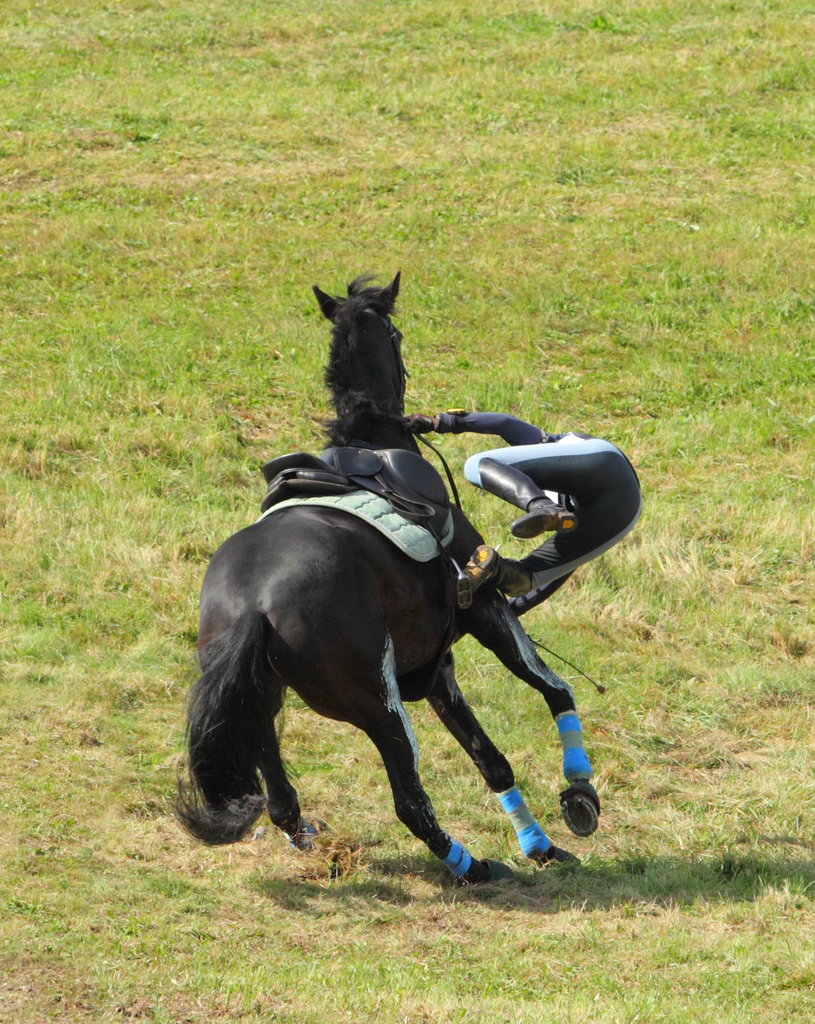 What To Do In A Horse Riding Accident