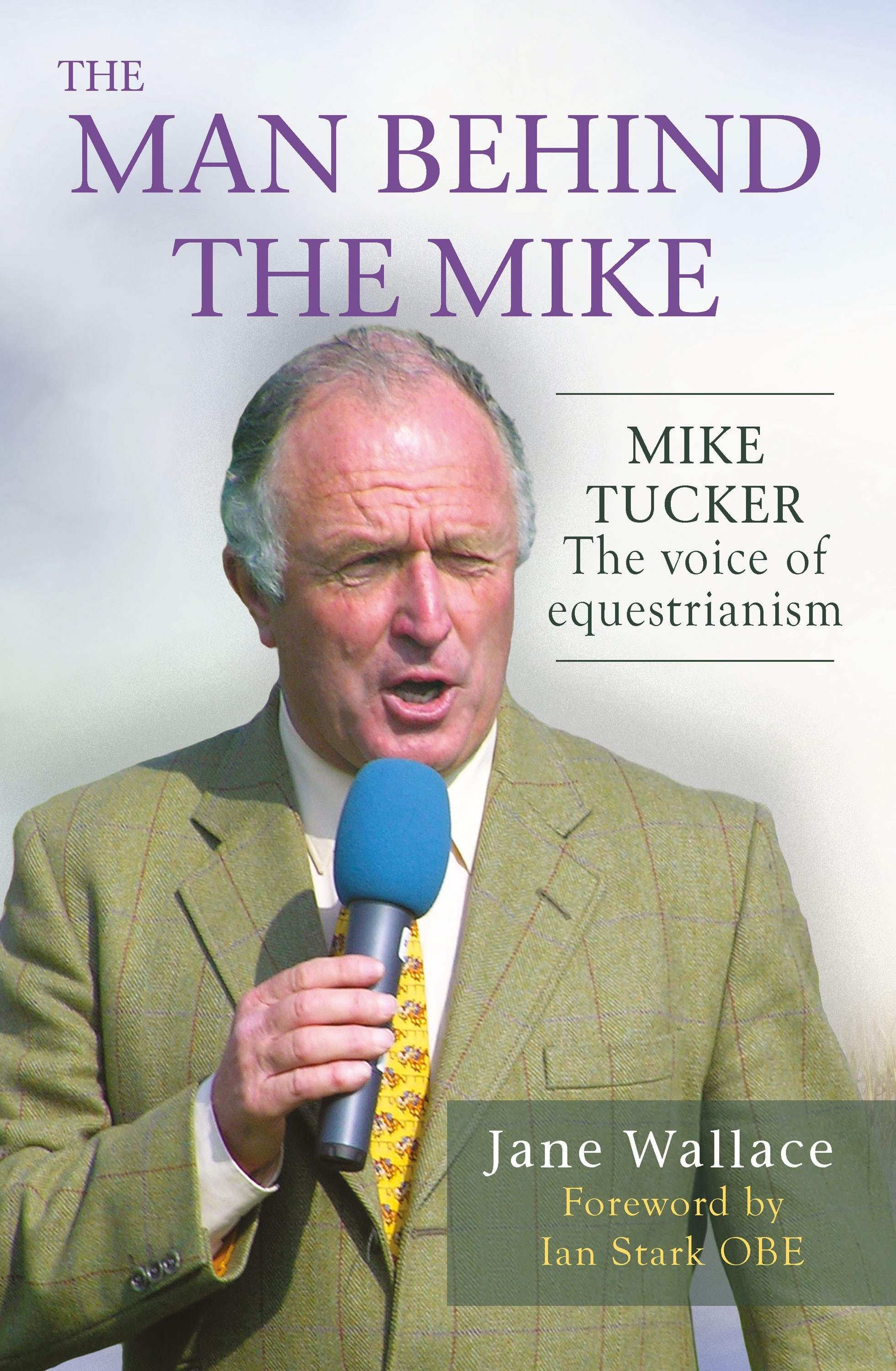 For most equestrian sports enthusiasts Mike Tucker was ‘the voice of equestrian sport.’ Always professional and extremely knowledgeable he shared with us some of the huge moments in the sport.

As a commentator Mike saw and reported on some of the huge moments in sport; Zara Phillips winning Gold at the World Championships, team Gold for the show jumping team in the London Olympics, the rise of British dressage with Carl Hester and Charlotte Dujardin. Under his ‘watch’ he saw many of the big names in today’s sport rise from children to the superstars they are today. And of course, who could forget Mike Tucker commentating on the incredible fairytale that was Nick Skelton’s rise from near fatal injury to his Gold medal at the Rio Olympics.

Sadly Mike died half way through writing the book. It is a testament to the author and publishers that the book was published as it would have been a great loss for the project to have been abandoned.  Part of the tragedy of Mike Tucker’s death is that he didn’t live to see this book published. Yet it is possibly because of his death the book came to be filled with recollections and stories from family, friends, work colleagues and competitors.

The author, Jane Wallace will be familiar to many in the horse world, both as a competitor and writer of equestrian non-fiction. She has had a long history of competitive riding, both on show ponies and eventing rising to be the 3rd lady rider in the world in 1989.

Initially, Mike recorded his memories into voice recognition software. Having interviewed many sportsmen and women I could well imagine the relief that was to everyone as I’d imagine, from reading the book that he was a hard man to pin down to sit still.

While this captivating book is Mike Tucker’s biography, it is also a fascinating history of farming and equestrian life, interspersed with stories about dogs and horses. Mike spent a life time involved with horses and country life. He came from generations of farmers and sportsmen and farmed on the edge of the Badminton Estate.

After a childhood filled with ponies, Mike began to event in the 1960’s, first competing at Badminton in 1964 following a trial round at Chatsworth where he completed the course after he fell off.  The text makes for fascinating reading, those were the days when courses were aimed at brave, bold riding rather than the technical ones of today. The events then still consisted of the steeplechase phase and roads and tracks. He was 6th at that first Badminton and went onto achieve an amazing 5 plaques for finishing during the years he competed. With the lifestyle he had, enmeshed in horses and eventing it was little wonder he married fellow event rider Angela Sowden.

Eventing, in those days, perhaps more than now, was aimed at the brave, cheap, cast off horses could go into the hands of great riders and become superstars. The rangy Farmer Giles, potentially one of his top horses was a cheap injured racehorse. His full potential was never realised after he died of a heart attack after an event. Another, a precocious orphan foal General Bugle went on to great success.

Growing up on a farm Mike was used to hard work but it was after a planned trip to Australia he had the time to event more, as another man had to be employed on the farm to help out.

Another aspect of the book covers Mikes’s farming life, where the innovations and changes that have taken place over the year are documented. Growing up on a farm the book reminded me of many happy hours as a child and also of the huge changes which have taken place, as farming has changed now from the hugely social place it was, with large quantities of people needed for the work, to technology and machinery largely taking their place. In his home life, away from the cameras, Mike ran a big dairy farm.

The Man Behind The Mike is filled with equestrian tales from the past, which will mesmerise the reader, my particular favourites were Mike grooming for Richard Meade’s horse Cornishman at the Mexico Olympics; The inaugural Punchestown, where horses were flown to the event; Blithely flying horses, where on one occasion a plane had to be turned around when the horse wouldn’t settle. It was unloaded and the plane took off again.

Mike went on to start commentating and for ten years both commentated and competed. In 1986 he began to commentate full time working with some of the big names in commentating, Noel Phillips Brown, Dorian Williams and Raymond Brookes Ward.

Mike took over as the main equestrian commentator after the death of Raymond Brookes Ward. Mike’s last commentary was at Badminton in 2017. Over his career, he worked at 10 Olympics.

The Man Behind The Mike talks about the chaos behind the scenes, where viewers see the unruffled commentator, little knowing what was going on in reality.

But Mike was not just a commentator, he was completely immersed in equestrian sport, He was involved with numerous committees and was particularly conscious about eventing safety, in his spare time he volunteered as a steward at racecourses around the county.  A keen hunting man Mike was field master of Beaufort from 2001-9. He had a keen interest in hounds and huntsman. He always ensured his farm was rideable. The book inevitably contains plenty of hunting stories, especially hilarious is the bane of all Field Masters at their inaugural meet – falling off, which he did three times.

The overall impression of Mike, throughout the book is of a thoroughly nice man, who friends recall, had a cheeky smile and a positive outlook with strong beliefs. He was passionate about the sport he believed in and instilled the message to his children that if they worked hard and were pleasant to everyone you can achieve whatever in life you set out to do.

The text is a delightful portrait of a man who lived an extraordinary and very full life, who was excellent company, who liked to help people and yet was full of self- deprecating humour.  Throughout the last half of the book, which is filled with memories and recollections from those who knew him both professionally and socially he is spoken of as a legend of a man whom everyone misses very much.

This is a skilled portrayal, making the reader feel they know the man and yet are left feeling disappointed they never had the opportunity to get to know him in person. 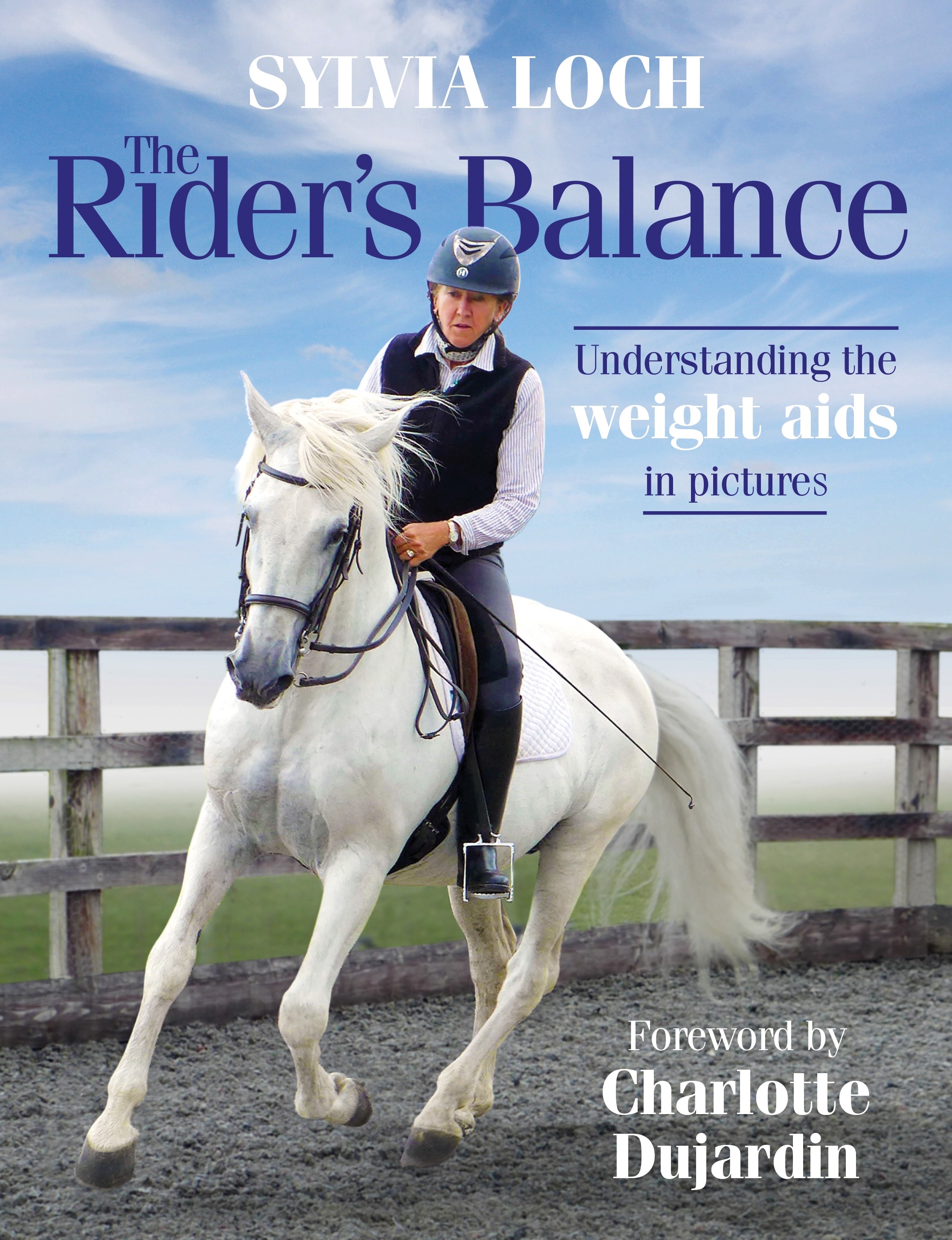 The Rider’s Balance by Sylvia Loch 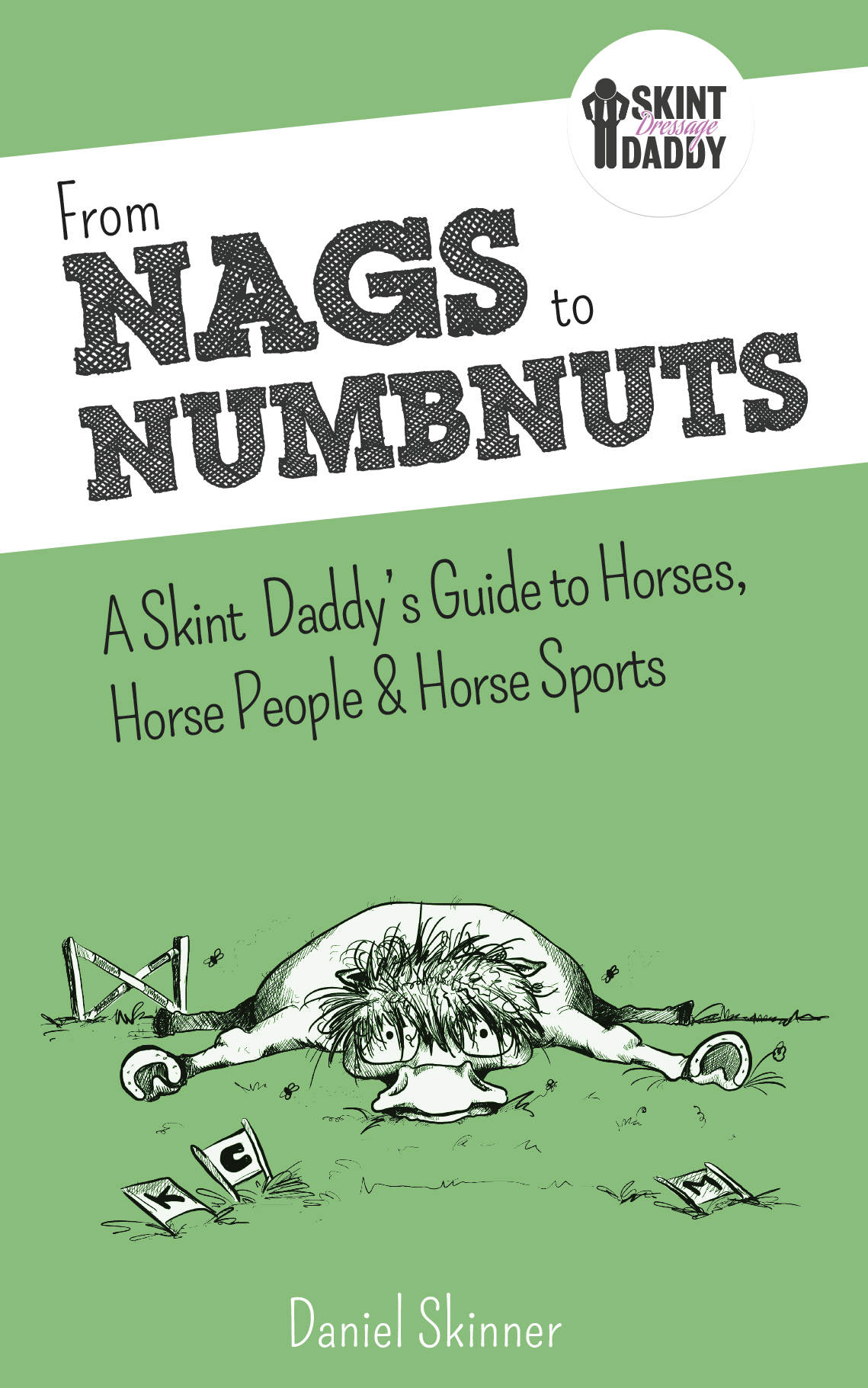 From Nags to Numbnuts by Daniel Skinner – A Review 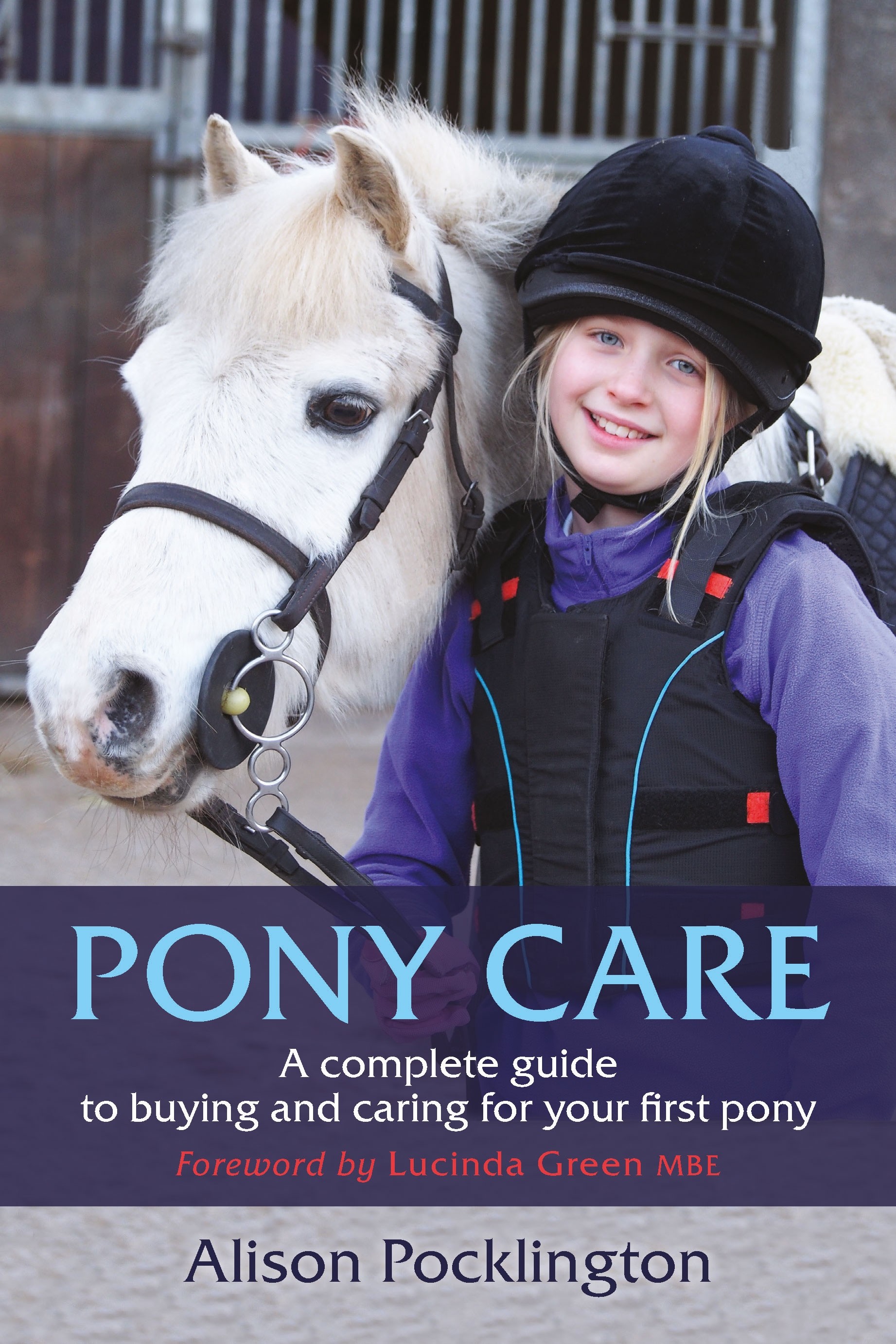