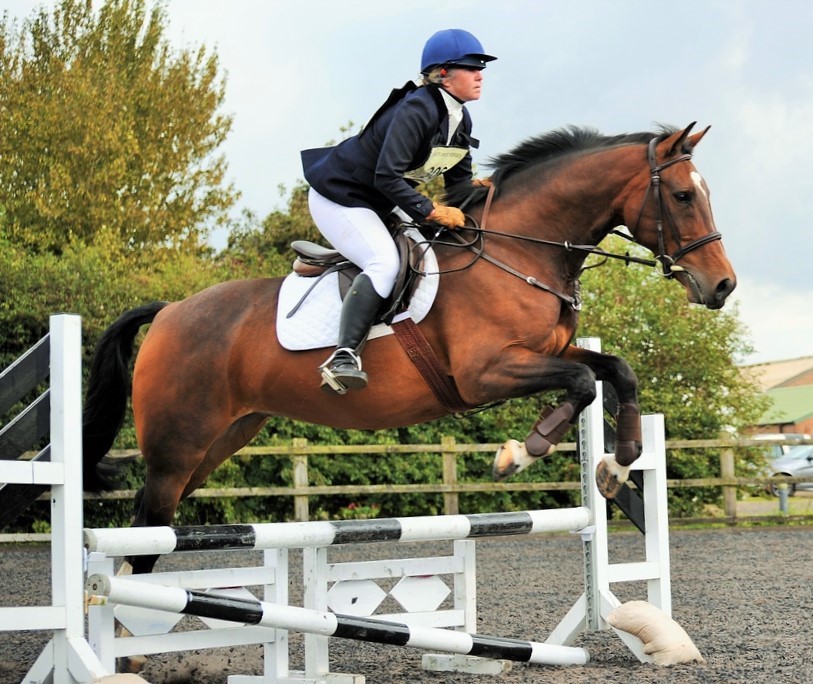 In a previous blog I wrote, Essential Eventing Kit for Wobbleberries, I completely forgot to include A GROOM!  This is probably because I rarely have one.  The lack of a groom: be it a family member, friend, fellow livery or Other Half has dogged me throughout my equestrian life.  So, most of the time, I compete SOLO.  With a little planning and practice, it’s not only doable, it’s fun.

I am not from a horsey family so I’ve no idea where the desire came from, but from the age of 3, the ONLY thing I wanted to do was ride horses.  My parents said I could have lessons when I was 10… TEN????  By the time I was 5, they had capitulated thanks to the ‘power of the pester’.  Boom – I was hooked.  At primary school, every Monday, we had to write an essay about our weekend.  Every week, my essay started with the words “On Saturday I went riding”.  My poor non-horsey parents were actually called into school to discuss the depth of my obsession.

For the next 5 years, all I wanted was a pony.  Each year, without fail yet failing to win, I entered the Win a Pony competition in Pony magazine.  Once again, I employed the proven technique of the pester! Every time a sum of money was mentioned in conversation, I would pipe up “I could buy a pony with that”.   When I was 11, Prince joined the family.  Now I had my own pony, the inevitable happened – I joined the Pony Club and started competing.

In the distant past, we hacked to shows… anything up to about 7 or 8 miles.  As my parents didn’t need to transport me and the pony, they rarely came.  I would set off, with sandwiches in a pocket, in my show gear on a pony with frankly gruesome plaits and I would stay at the show all day.  Poor pony, but I was in heaven.  The pattern continued when I outgrew ponies and went into horses.

Fast forward several decades, and my non-horsey OH and I quit the big city and moved to Lincolnshire.  I had an inkling I’d like to start riding again after a 20-year hiatus.  Maybe I’d get a horse again.  I reassured non-horsey OH that I just wanted to be a happy hacker.   Yeah, right!  As soon as I was back in the saddle, I wanted to compete.

I bought a horse… followed by a trailer… and a vehicle that could tow, I started entering local dressage and little show jumping competitions.  Long-suffering OH came with me until he realised this was happening every weekend.  Fair enough… so, despite lacking the devil-may-care attitude of my teens, I grew a pair because I would rather be competing alone than waiting until I could drag someone along with me.

I’m glad I stuck with it because last year I hoisted up my brave-pants and signed up for the Wobbleberry Challenge.  Three BE80s and 3 unaffiliated ODEs later the H-Bomb, who is not renowned for his easy-going nature, and I are becoming dab-hands and hooves at solo outings.  So, here’s what I’ve learned along the way (eventing specific):-

Yes, there are downsides to flying solo.  It would be nice to have someone to chat to, but I end up wittering non-stop to the H-Bomb which keeps us both sane.   The drive home at the end of the day is when I feel most lonely – whatever the result, I’m always buzzing and want to share with (or bore) my companion.  And having someone to point an iPhone would be a bonus.

However, there are upsides too.  It really is about you and your horse together – I believe this time we spend one-one-one in different environments has helped me deal with is foibles and improved my confidence.  There is also a tremendous sense of achievement.

Going it alone is FAR better than not going at all!  And it gets easier with practice.