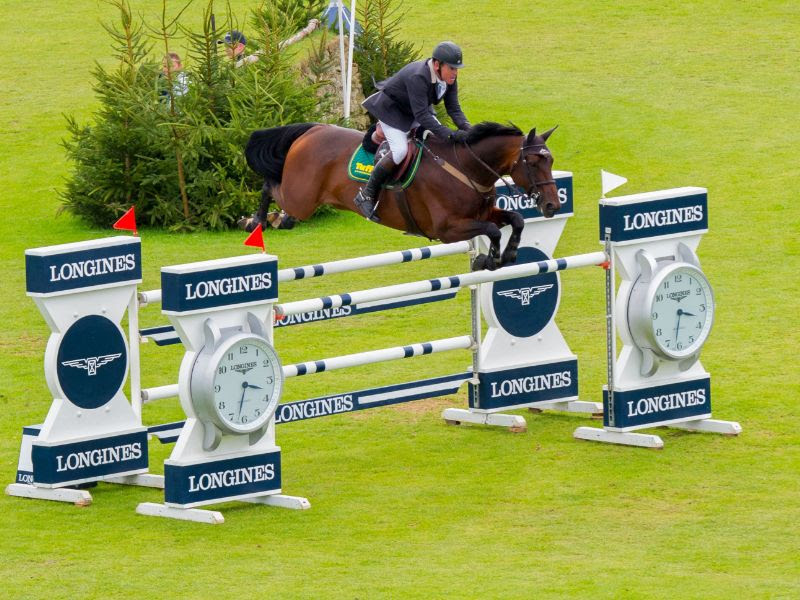 Riders to run rings round Hickstead in memory of Tim Stockdale

A brand-new charity run will take place on the Saturday night of the Longines Royal International Horse Show (27 July 2019), to raise money for the Tim Stockdale Foundation.

#10forTim will see teams of up to 10 people take part in a relay run on the perimeter road around the Longines International Arena at Hickstead. Each lap is half a mile long, and runners are welcome to sprint, run or amble round at their own speed!

Tim Stockdale was one of the best-known faces in showjumping, having represented Britain at the Olympic Games as well as being a regular on championship and Nations Cup teams. He had many great moments during his showjumping career, but one of his proudest was winning the Longines BHS King George V Gold Cup at Hickstead in 2010, riding Fresh Direct Kalico Bay. Tim was a superb ambassador for his sport, not just as a rider but also as a respected trainer and broadcaster.

Sadly, Tim died last November aged 54, just a month after being diagnosed with stomach cancer. It was a huge loss to the showjumping world, but his remarkable legacy is living on through The Tim Stockdale Foundation, which was set up to help support causes that were close to Tim’s heart.

The Bunn family, with the support of Tim’s wife Laura and their sons Joe and Mark, are inviting as many people as possible to take part in the race or to come along to cheer on the runners. A team from the All England Jumping Course will be pitting their skills (or lack thereof) against well-known faces from the horse world, including Shane and Trevor Breen, William and Pippa Funnell, Philip Judge, and commentators Steven Wilde and Nick Brooks-Ward.

The Longines FEI Jumping Nations Cup™ of Great Britain at the Longines Royal International Horse Show always attracts many of the best riders in the world, and it’s hoped plenty will pay tribute to their colleague Tim by taking part in the race. And if you’re an equestrian fan who has dreamed of competing against – or even better, possibly beating – your favourite riders, then now is your chance. If you have a team of 10 ready to run, and can guarantee to pledge the £2,500 charity donation, contact Hickstead Director Lizzie Bunn on [email protected] to apply to take part.