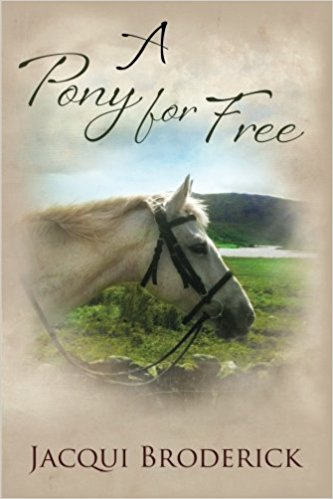 Pony For Free – A Review by Beth & Darcy

A Pony for Free

by Jacqui Broderick published by Lavender and White 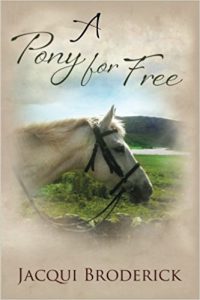 Haynet recently spoke to a couple of young reviewers who had read Jacqui Broderick’s  latest children’s equestrian story, A Pony for Free.

“You can have that pony. If you can catch him.” Cait longs to own a pony, but there is no way her parents can afford to buy one. There is no money since her father had to stop working because of a problem with his spine. When Danny, Cait’s neighbour buys a beautiful Connemara pony and loses it in the mountains it seems like all of Caits dreams are coming true. Although first, of course she has to catch the pony – not an easy task since he is running wild in the mountains of Connemara. From the harsh mountain winter of Connemara to the glory of the Dublin Horse show, A Pony for Free is the story of Cait’s battle to save the life of the pony and to conquer her own fear of riding, but even then her problems are far from over when the pony is taken away from her…

Our two reviewers were Beth and Darcy both aged eight. We asked what they thought about this pony story:-

Did you like the cover of the book and did you find it easy to read?

What was your favourite part of the story?

Beth particularly liked the end of the story particularly when the pony came back and Darcy loved the part when Drizzle the pony carried Cait back after she was injured. Darcy thought the saddest moment in the book was Cait having an accident.

Did you enjoy the story and who was your favourite character or pony?

Darcy definitely liked Cait and Drizzle in the story but really didn’t like reading about Colm! Beth agreed with Darcy and didn’t like Colm and Kian who were the “meanies” in the story.

Did you like reading about pony riding in Ireland? Have you been to Ireland and would it make you want to go?

Beth hasn’t been to Ireland and she thinks that riding in England would be just the same. Darcy wasn’t sure as there were some sad parts in the story.

Do you think your friends would like to read the story even if they were not interested in ponies?

Beth felt it was a really good book for pony lovers and thought some of her friends would like to read it too. Darcy agreed that definitely children who like ponies would like reading this story.

What score out of ten would you give the book?

Beth gave A Pony for Free 8/10 and Darcy gave it a big thumbs up at 10/10. They both thought the book is a great read for children aged between aged eight to ten years old.

Thank you to Beth and Darcy and please visit Amazon to buy your own copy!