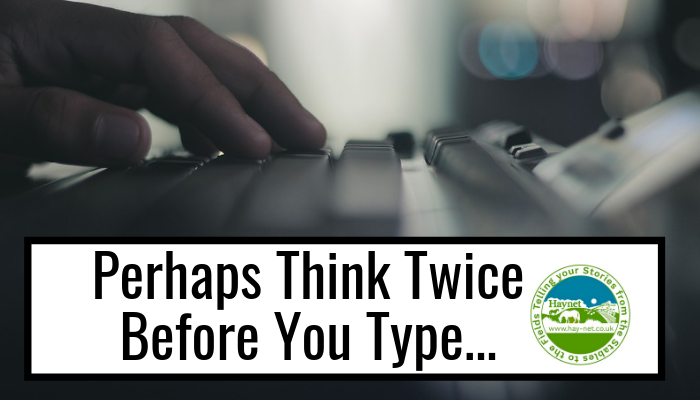 With Twitter trolls, Facebook fiends and forum nasties, social media can sometimes revert to being back in the school playground!  With my passion for all things equestrian and life in the countryside, I read with interest many opinions on social media with most remarks and comments made politely and in context. However some I read with utter disbelief that people can be so nasty with no thought how the person on the receiving end feels….

Charlotte Dujardin, the darling of dressage together with Carl Hester are a dream partnership enjoying immense success. They are supported and loved by the equestrian community, but sadly yesterday with Charlotte’s elimination from the European Championships, this has invited an unjust social media backlash. With the majority being supportive, Charlotte has endured some very nasty and horrible comments questioning her responsibility. She has issued a statement which was very much heartfelt and thankfully the brilliant equestrian community have supported her, despite the few that feel they have to comment with venom.

Having run an equestrian blogging network in the past which evolved into social media groups, I read thousands of blogs, posts and comments. Particularly with blogging, posts give a fascinating insight into our lives with horses and the countryside, some very intimate some just factual. Many blog writers can be very open and mention emotional feelings and frustrations. The majority of the time it is done with etiquette and thought, however many can write in anger and when emotions are running high displaying for all to see.

Luckily writing about horses, it is mainly the horse that is being discussed and fortunately they are not that clued up with the likes of Facebook or WordPress! Blogging is an online diary so it is down to the author to decide what they write for all to read which can be open to comments or criticism. Think of the personal diaries that we used to keep before the era of the computer. I know I wouldn’t want my earlier diaries posted in the papers for all to read. Blogging online is writing for ALL to see. Social media too can be a hotbed of opinion with some people becoming quite a different character behind a computer screen. How many arguments and difference of opinion have you seen written in groups or social media posts, for them to be sometimes quite offensive and upsetting towards the original poster or others typing their view. Life would be very boring if we all had the same opinion and healthy debate is a very good thing. All it needs is perhaps a second thought in replying without becoming hot headed and bordering on rude.

This is the real problem, “socialising” without being face to face. In your reply to a heated debate you need to think would you actually say this to the persons face? The answer would probably be no. It would be a lot harder to say these fiery views to a persons face rather than hiding behind a computer screen. If you were being rude about someone, you wouldn’t want it placed on an advertising board and displayed on the main road, high street or shopping centre for all to see with your name attached to it. I think perhaps it is forgotten that people can see or get to hear what is being written on social networks.

What is it like to be on the receiving end of rude or nasty comments when you have posted a picture, blog or replied in a group. Well, it is upsetting. You have to try and be thick skinned and ignore it but this is difficult – we are human after all. How do you deal with it? I would just ignore it. Ok that is hard but it is the best way. When you ignore it and leave the conversation rather than respond to it directly, you do not then risk engaging in the same low level as the other person. Another way to respond to rude comments on social media networks is to respond in a respectful way. Kill them with kindness! Thank the person for taking the time to comment and say that you will have to agree to disagree on the point in question. There would be little for them to say in reply.

Luckily these instances are few and far between and social media can be a fun, engaging and a great way to receive positive advice. You can also make good friends that you would otherwise have never met. Think twice before you type and what you may be saying in jest, could be totally misconstrued. Be courteous but that doesn’t mean you are being boring. We all can be funny without being rude and offending someone. Continue to let your true personality shine through as most of us are really nice people behind the computer screen. And let’s just ignore and refuse to engage with those that are not. Most of all, enjoy social networking as it is here to stay becoming an everyday part of our lives. 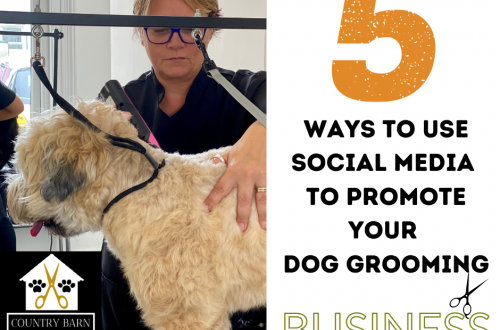 5 Ways To Promote Your Dog Grooming Business Through Social Media

Haynet Podcast: What You Need To Know When Designing Your Dog Grooming Business Logo

What Makes A Blogger An Influencer And Does It Matter?