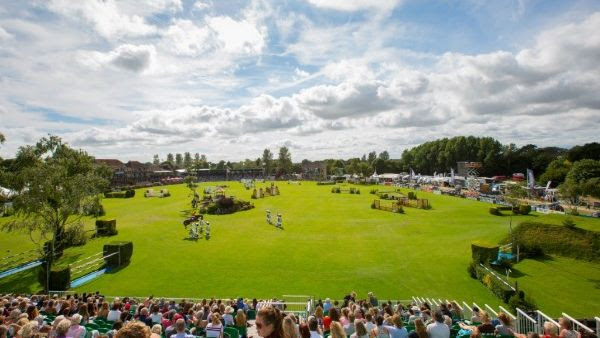 This summer marks 60 years since the All England Jumping Course at Hickstead first opened, and a new documentary on Horse & Country TV will showcase the incredible history of the showground.

The one-hour documentary ‘Hickstead: 60 Glorious Years’ charts the development of Hickstead from its inception in 1960 to becoming established as one of the best-known equestrian venues in the world. The programme has been produced by Lizzie and Daisy Bunn, daughters of the showground’s legendary founder, the late Douglas Bunn.

The documentary features many of equestrian sport’s biggest names, including David Broome, Eddie Macken, Nick Skelton, Laura Kraut and John Ledingham. Recent winners of the Al Shira’aa Derby such as William Funnell and William Whitaker reveal what it means to win one of showjumping’s most iconic classes.

Hickstead is and always has been a family business, and in the show the Bunn family give exclusive insights into running the international shows, what goes on behind the scenes and how the showground has developed and diversified over the years. Interviews include Douglas’s second wife Sue, who shares her fascinating experiences of the creation of the venue and tells the famous story of why Hickstead’s Derby Bank is 18in taller than its Hamburg counterpart.

Over the past six decades Hickstead has been the scene to many of showjumping’s greatest moments, and this rich history will be explored in ‘Hickstead: 60 Glorious Years’. The documentary will also look ahead to what the next 60 years might hold for the All England Jumping Course.

A must-watch for any fan of equestrian sport, Hickstead: 60 Glorious Years will be shown exclusively on H&C+. It premieres on Sunday 28th June at 8pm and can be viewed on-demand thereafter. To find out more visit horseandcountry.tv.