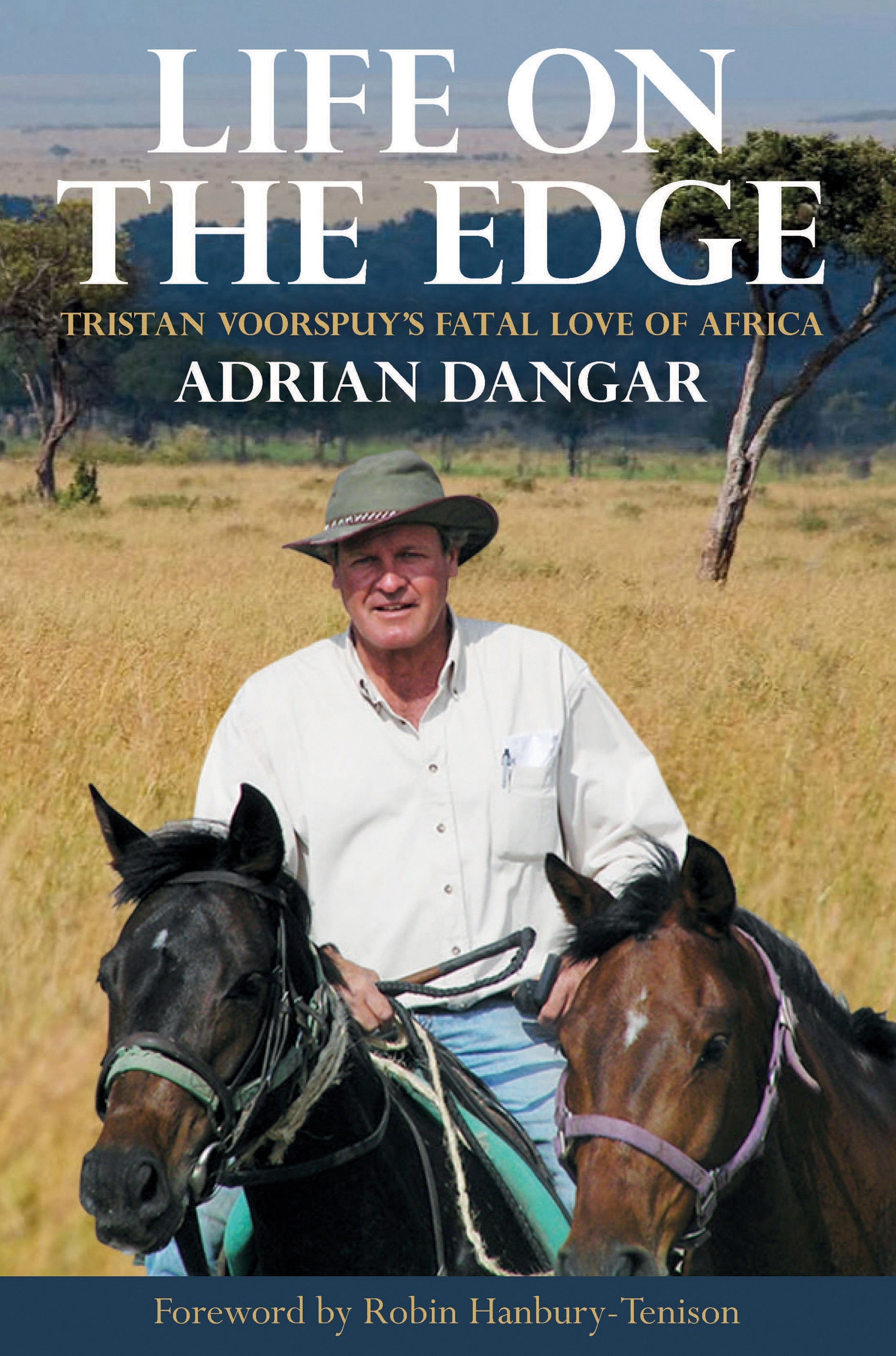 Life On The Edge – Tristan Voorspuy’s Fatal Love of Africa

Apologies for the cliché but this was my ‘most anticipated book of the summer.’ A few days after it arrived the weather duly obliged, heavy rain and strong winds blowing in from the Atlantic giving me the perfect excuse to light the fire, curl up on the sofa and be transported to the sunshine and adventure of Africa.

Quiller books never disappoint and this was no exception. This is an awe inspiring, amusing and ultimately heart rendering biography, written by Adrian Dangar, friend and colleague of Tristan Voorspuy.

While it was Voorspuy’s untimely and unnecessary death which brought him into the public spotlight, he was known throughout the world for his luxurious and adventurous safari holidays, Offbeat Safaris.

Life on the Edge paints a vivid picture of Voorspuy, detailing his privileged childhood in Sussex, his short career in the Blues and Royals and an epic motorbike ride from Sussex to Cape town before forging a life in the wilds of Africa.  It is obvious from the text that even as a young man Voorspuy was but a short step from the adventurer he was to become. The book is filled with stories of adventure, near misses and brushes with death and yet is one in which Voorspuy’s passion for conservation shines through

After working for a safari tour company, as a guide, Voorspuy set up his own company, Offbeat Safaris, establishing a home, Deloraine, a classical colonial mansion in Kenya. He went on to buy, with a group of friends, Sosain, which at the time of the purchase was an overgrazed, dustbowl which he turned into a very successful tourism and ranching enterprise.

It is rare any of us have the privilege to meet someone quite like Tristan Voorspuy. However, this is not a book which shy’s away from showing its subject as he really was, often bad tempered with family, staff and guests. Someone who could be difficult to work with. The text does not shirk from showing the flaws in the man or his marriage which at times was clearly unhappy, his wife, abandoned while he worked and diced with death, seeking comfort elsewhere.

That aside the picture of Tristan Voorspuy is one of someone who is kind hearted and deeply knowledgeable about Africa.  He was a gentleman and a total charmer, that is obvious from the text. It is easy to imagine his larger than life character, with the stiff-legged gait familiar to those whose bravery is occasionally their undoing. Someone who without a second thought would fly a great distance with barely a few hours flying experience. The book is packed full of adventure stories, encounters with wildlife, light aircraft crashes and horse falls.  Here is someone who, when disaster struck, such as his frequent plane or gyrocopter crashes, merely dusted himself off, learned from the experience and tried again. He was a man who loved to tell stories, putting the world to rights but not one to brag about his own exploits unless the mood and company were right.

Africa and ridden safaris hold a particular place in the hearts of adventurous tourists. Voorspuy did not shirk in his duty to bring them just that going boldly right into the heart of the adventure, always with the hope the horses could run faster than any beast they disturbed.

A riding safari alongside Tristan Voorspuy must have been unforgettable, a thrilling adventure where guests fell asleep wondering how the next day could possibly surpass this one. He clearly had eyes like a hawk, recognising every bird and animal by sight and sound. He was a man who had a wish to save a piece of Africa from the effects of sprawling humanity and bring clients to see its beauty and nature, someone who saw the revenue from tourism as an important means for protecting the wildlife habitat, rather than just to use it as a means to an end.

Given his many near brushes with death, which are counted down in the book, the author comparing them to the nine lives of a cat, it was little wonder that Voorspuy ultimately met his end as he dying as he lived bravely in the saddle. When armed Samburu and Pokot invaders were running amok, looting and killing people and setting fire to buildings on Sosian, Tristan Voorspuy took the unwise decision to ride out on his grey horse, Loita to assess the damage.  Regardless of the fact he was warned not to go, he made the rash declaration that no one would shoot an unarmed man. He was subsequently ambushed, both he and Loita were executed. How horrific it must have been in those moments to know finally his luck had run out, but bravely lifting his head high and accepting his fate. His remains were cremated at home and the ashes carried in a wooden box by his wife Cindy and scattered from the Oliburnmunt rocks he loved so much.

Anyone who has experienced a riding safari, or who plans one in the future will devour this book.  It is a bold, colourful tribute to Voorspuy, the man, the adventures and the surroundings, most definitely a life lived to the full.

To purchase your own copy, please visit: Quiller Publishing