Laminitis is a common condition affecting many horses worldwide

Although it finally affects the feet the problem begins in the metabolism of the horse particularly in the case of native ponies that are designed and perfectly able to live in a harsh environment. The modern way of keeping horses and ponies ie high starch diets, warm stables and a competition programme that runs continuously through the year, is far removed from the herd animal life of roaming and foraging at will.

The most vulnerable at risk group are the native ponies and their cross breeds and part breds. These ponies have evolved as foragers and good doers and if left to their own devices will eat and relish a wide variety of plant species that are not grass.

On our own 11 acres of untouched moorland/pasture our herd of 8 pure bred Welsh Mountain ponies eat an interesting and often predictable rota of herbage. In the spring their preference is the grass without a doubt but as the seasons roll on their preferences alter and in the Autumn they avidly strip the bushes of blackberries (vitamin C), young gorse (anti oxidants to aid and strengthen respiratory system), the young hazel and hawthorn saplings and a particular favourite, Fat Hen or Chenopodium alba. In the winter they devour moss (probiotic and prebiotic) the birch bark (anti- arthritic) and in the early spring they eat the young tender birch and holly twigs (potent anti -oxidants).

Even with ad lib hay they seek out and delight in the stripping of a tree and the foraging of their favourite moss especially pleasing if there is some earth attached!

Why? When we are taught that our complete horses needs can and are supplied in the bag of nuts or mix from the local feed store.

It has always been an interesting and fascinating theory that horses will self medicate if given access to a varied pasture. Sadly the majority of horse owners do not have adequate access to this type of forage and graze pasture and this has resulted in the very popular practise of giving herbs to horses to protect or treat against a variety of ailments including laminitis.

Without the access to sufficient foraging land the modern trend has been to keep native good doers on a high starch diet and this has caused an explosion of a body condition called Equine Metabolic Syndrome.

Equine Metabolic Syndrome was first recognised by veterinarians in 2002 and knowledge of this body state is still in its infancy, however it is known that a series of risk factors accompanies the syndrome and these factors precede diseases such as laminitis and Cushings.

Normally, the ingested feed doesn’t stay very long in the stomach – it starts emptying food 15 minutes after a meal. Once it reaches the small intestine, the transit time is slightly longer – it takes a 1⁄2 hour to 1 1⁄2 hours to make it to the cecum, which is the start of the hindgut. To travel through the hindgut feed can take up to three days. It is important for ingested feed to spend the majority of the time in the hindgut. If the feed moves through faster than normal, proper digestion and fermentation does not happen and there are serious consequences like laminitis and colic.

The majority of the digestion and absorption of sugar, starch, protein, and fats takes place in the small intestine.

The absorption of sugars occurs through enzymatic action. In the hindgut, fermentation brings about breakdown of the fibre into volatile fatty acids that the body can use for metabolism. This process within the hindgut gives the horse the capability to digest the complex carbohydrates and fibre found in grass and hay. The microflora in the hindgut are responsible for fermentation and are sensitive to changes in diet. An overload of high-sugar type feeds or high levels of fructans can upset the normal population of bacteria and protozoa – causing detrimental changes in the hindgut.

High starch diets can predispose the animal to insulin resistance as excess starch changes the way the body is able to control and transport glucose into the cells. The body normally produces insulin from the pancreas and it is secreted in response to high blood sugar (which occurs after eating and absorbing sugar and starch). Insulin is used to help the cells use the sugar that is circulating in the blood – it helps transport sugar from the blood into the cells where it is used. In a condition called insulin resistance, the a ected horse has a high blood glucose level from sugar and starch digestion. A resulting high insulin level occurs and persists because the body’s cells are not responding to the insulin. Therefore, the cells are not able to transport the sugar from the blood into the cells – it could be likened in some respects to Type II diabetes in humans. The insulin is there but there is an abnormal lack of response to it.

The body’s resistance to insulin can also be involved in laminitis in that the resultant high levels of insulin may cause a decreased blood flow to the hoof and/or the high insulin may a ect the uptake of blood sugar into the laminae of the foot. The resulting e ect of either is a cascading set of events that result in laminitis or a painful breakdown in the bond between the hoof and the underlying bone

Excess starch will cause the laying down of adipose tissue which in itself sends out signalling chemicals that cause poor health and also alters metabolism.

Glucose levels are tightly regulated as high levels are toxic to the body and low levels are damaging to the brain and to the central nervous system. 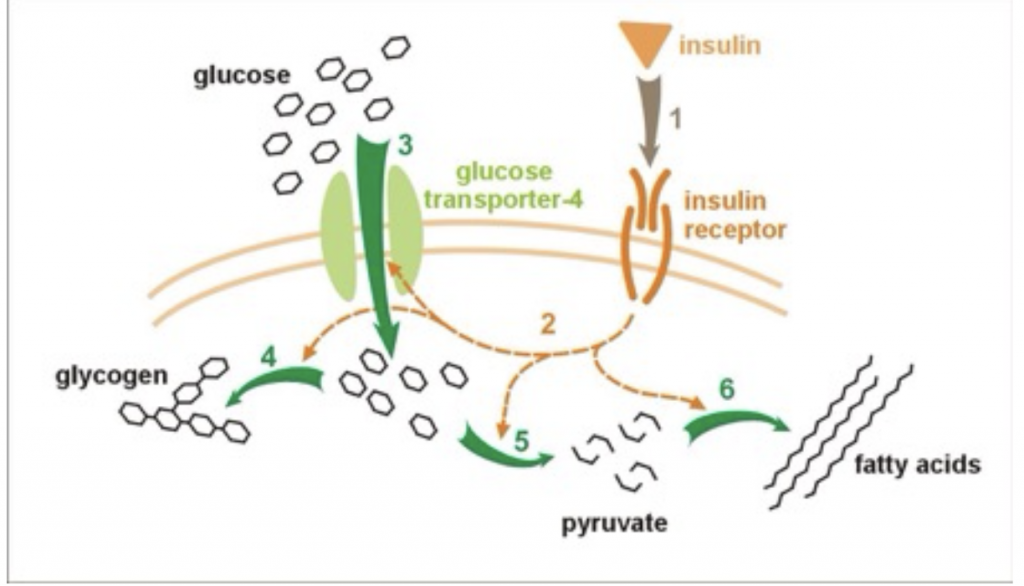 4,5,6 The glucose is broken down inside the cell. 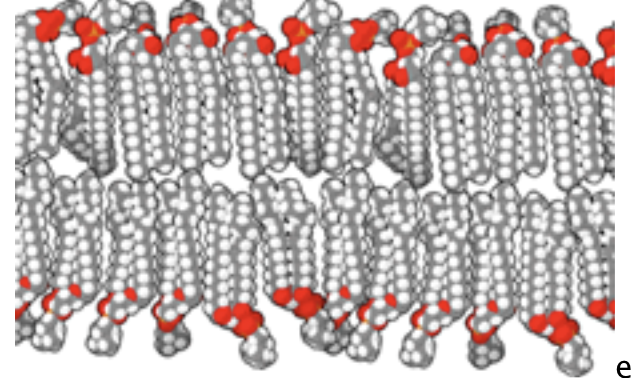 Fat ponies are not just fat !!

One of the most important risk factors is the presence of adipose fat deposits on the neck, at the top of the tail and around the sheath. Obesity or regional adiposity is one of the components of EMS. The fat deposits or BMI can be measured using a weight tape and a score of greater than 3 for the neck area can be considered an indication that the animal has EMS.

The description for a score of 3 is” Crest enlarged or thickened so that fat is deposited in the middle of the neck rather than towards the poll or withers giving it a mounded appearance, crest fills cupped hand and starts to lose its side to side flexibility”

Some horses and ponies can have a fairly lean overall appearance and still have the cresty necks and fat pads above the tail.

The main and most worrying symptom is the creation of a permanent low grade inflammatory response with laminitis being the possible outcome.

As Equine Metabolic Disease progresses the horses body becomes insulin resistant. Insulin is a hormone that is secreted by the pancreas to stimulate the uptake of glucose (sugar) into the tissues, muscles in particular, where it can be stored for a future supply of energy. Insulin resistance is a condition by which the tissue fails to respond to the signalling of the hormone insulin.

Insulin Resistance causes high levels of blood glucose, more insulin in the blood as greater quantities are released to try to drive more glucose into the tissues. It also alters and impairs glucose delivery and blood flow to the hoof and weakens the lamellae until they eventually become weakened and destabilised. The lamellae are then too weak to hold up the pedal bone within the hoof.

If Insulin Resistance is left untreated then the horse will develop symptoms similar to type 2 diabetes ie weight loss and frequent urination. An important goal for owners and vets should be to prevent IR from developing, or to manage it before it contributes to the development/progression of other potentially life-threatening conditions. While the correct management of energy intake and exercise levels is thought to be essential, in some cases medication is also considered, especially when increased exercise is not possible. With no licensed drugs currently available for the treatment of IR in horses and ponies, o -label medications used for IR in humans are sometimes prescribed. Metformin is an anti- diabetic drug often prescribed by vets for insulin resistance but recent trials have indicated that the absorption and bioavailability of this human synthetic drug were poor and trials are on going to find a therapeutic remedy for horses.

The answer to weight management and the protection of the metabolism including insulin resistance may lie in a recently researched plant compound.

A compound from the phytoecdysterone family may provide an answer to a dietary lack of a vital ingredient that promotes the uptake of glucose and normalises insulin levels.

This compound is found in 5% of all wild plants including the already ingested commonly found European and American annual weed that is a distant relative of quinoa.

Chenopodium Alba was harvested and eaten in medieval times before spinach became available when it was considered by many to have a better taste than spinach.

Today Chenopodium is still served in trendy and expensive London restaurants and features in cook books such as Hugh Ferney-Whittingstall and his comments mirror the sentiments of the people who ate it in times gone by as he writes ‘Fat Hen makes an excellent relish similar in taste to spinach but less bitter’. 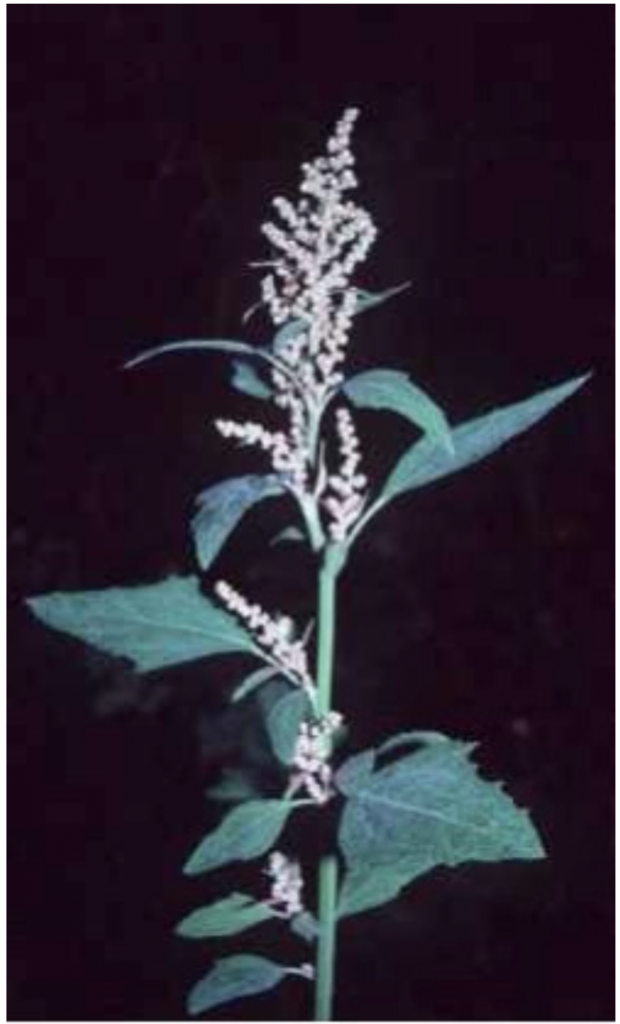 EMS is a state of poor health rather than a full blown disease and the use of a single plant compound with significant health benefits is well recommended to restore normal metabolism.

Recent tests in obese ponies using the weight tape method of measurement has shown a rapid reduction in the size of the adipose tissue deposits as well as a reduction in blood glucose and insulin levels. Phytoecdysterones have an extremely low toxicity and can be fed continuously and are an especially valuable addition to the diet during the Spring and Autumn months.

Adding an indigenous and bioavailable compound to aid normal metabolism and reduce adipose tissue is extremely advantageous especially as it is a compound that the animal should have access to on a daily basis.

A simple low sugar diet including phytoecdysterones and certain vitamins and minerals is recommended. Avoid concentrates and if the horse is lame or pottery, avoid grass altogether until weight loss has been achieved. Do not exercise horses or ponies that are lame until the hoof structures are stabilised. All other horses should be exercised as much as possible.