An update from Sam (founder of Haynet)

The last year has been a bizarre blur for everyone. It is now a year ago that all of our lives were plunged into an existence based at home with a virus threatening. The threat turned into a pandemic with many losing their lives to this horrendous virus. The virus not only took lives, but it also took livelihoods with many assessing their lives and careers. Myself included…

I had been thinking of making changes to my work before Covid-19. With my content marketing work, it meant sitting for hours at a time in front of the computer. This is work I love but sitting down was doing me no good physically. Losing my beloved Zeb three years ago made me realise how active I was looking after and riding him for fifteen years. I just needed a change and I knew it had to have a physical aspect to it. So just before Covid arrived and after some research and a taster day training at college, I made the decision to retrain as a dog groomer!

My plan is to keep my marketing work for a few days and then dog groom the remaining days of the week. I have been training off and on since last summer at the South Coast Dog Training Academy and will be qualifying at the end of this month. It hasn’t been easy and its a challenge to train my brain these days! But it has been incredibly rewarding and meeting the huge variety of dogs with their different coats and temperaments is so interesting. It has been nice to meet the dog owners too as working in front of a computer screen can be isolating.

However, I still want to write and have a platform telling stories from the stables and the fields but I want to also tell them from the kennels too. Entering 2021 in yet another lockdown has given me the time to take a look at Haynet as it enters its TENTH YEAR in existence! In the last decade, Haynet has evolved and changed with the years zipping by, so it felt very natural to give it a fresh new look. There was a moment when I thought about changing its name but a good friend said it wouldn’t be right. Despite trying to think of a new name, nothing felt justified in its replacement. So my friend was right and Haynet is here to stay.

Being passionate about branding and creating a new look, when it comes to Haynet I have always given the job to a designer. Haynet’s first logo back in 2011 was designed by an in-house web designer with my very vague instruction I just wanted it black and white!

In 2016, Haynet was rebranded again introducing colour and a design from a local artist who depicted my rural life near the South Downs. Having a unique piece commissioned I felt worked with Haynet’s community and visually was recognised.

So in the last few months, I wanted a new fresh modern look to the site and again “farmed” this job out to a designer. Nikki from Black & White Digital working with artist Keith Hopewell were given the brief that it needed to have an additional canine element to its outlook but gave them free rein in modernising the branding.

As you can see, they have designed a fresh and sleek piece of artwork but keeping Haynet completely at the heart of the branding which I’m thrilled with! Looking at the three designs shows how Haynet has evolved over the last decade. I feel it has gone back to its roots of blogging and sharing content that I hope is of value to its audience.

With a glimmer of normality returning and our lives being slowly released from lockdown, I imagine many like me are making changes. Some will be enforced changes but I know these lockdowns have given us time to evaluated what is important in our lives. And actually, it has probably enabled us to remove the trivialities too.

I am feeling very positive and making changes has been a real tonic. I look forward to sharing my rural stories from Haynet with you all, particularly from the dog grooming table which will make a nice change. Retraining has been scary but the best thing I have done by far. If you are thinking of making some changes and are hesitant to make the first step, all I can say is just make that leap! If I can do it you certainly can, whatever your age… 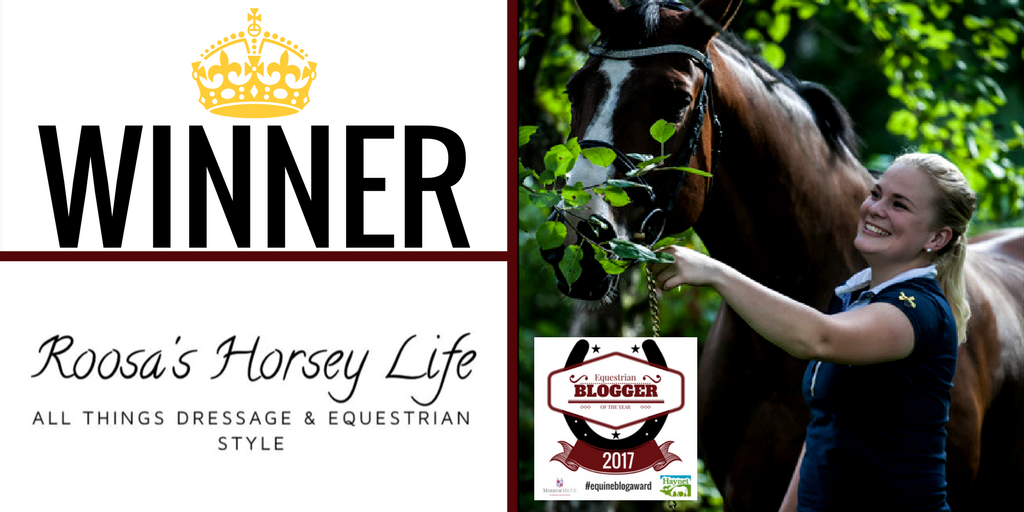 Winner of the Equestrian Blogger of the Year 2017 Announced 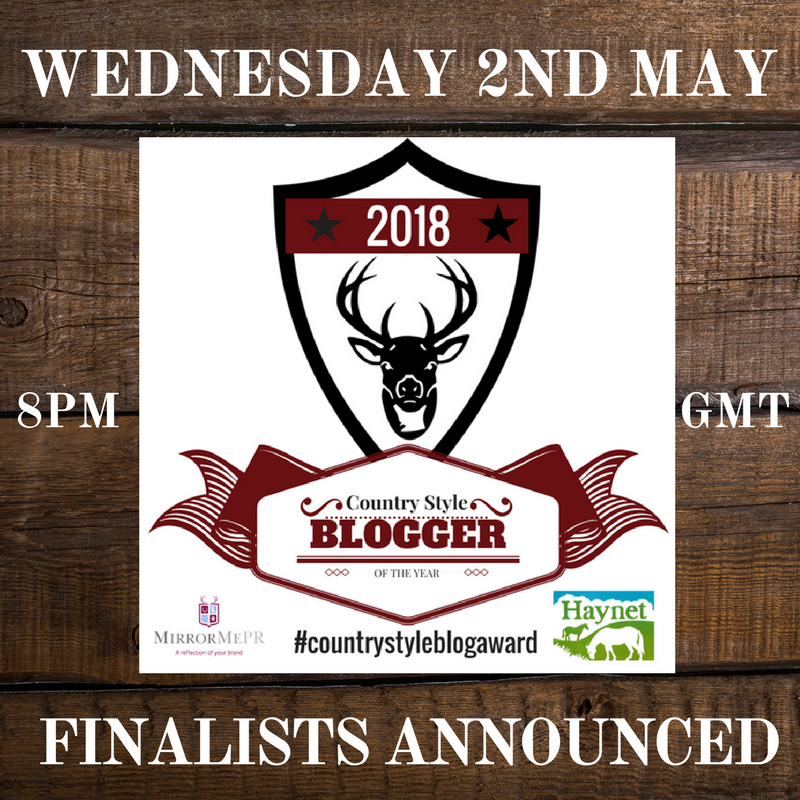 Country Style Blogger of the Year Award – Finalists To Be Announced 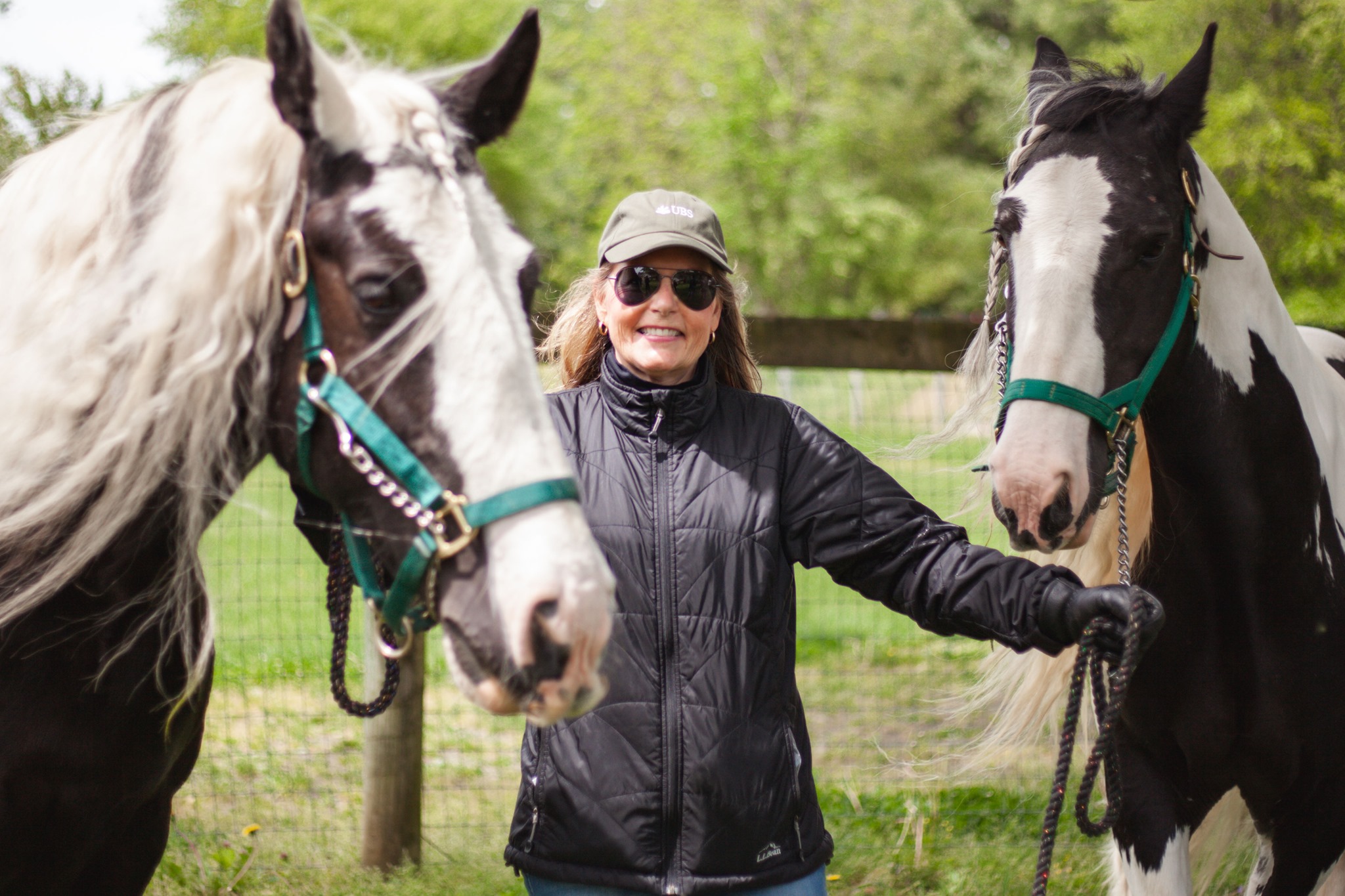