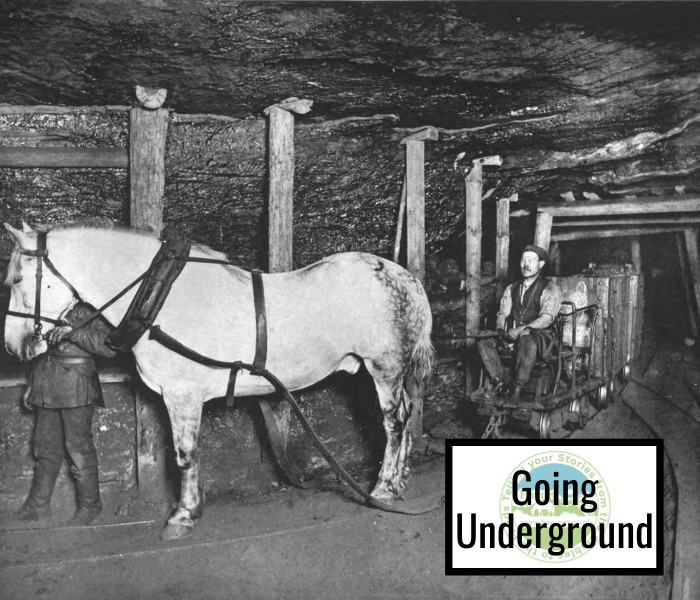 We all love and treasure our horses and ponies; they are such an important part of our lives. It is hard to fathom, now when walking around a stable yard or visiting a show that horses and ponies had a very different role in our world. Not so many years ago much of the work done by machinery was carried out by horses.

Britain hasn’t had any mining industry since the mid 1980’s but until then, at its peak, it was a thriving industry which employed over a million people. Mining was a tough way of life for those employed in the industry and especially for the ponies that were used to haul the coal to the surface.

Ponies began to be used underground, often replacing child or female labour, as distances from the pit head to the coal face became greater.  The first known recorded use in Britain was in the Durham coalfield in 1750. At the peak of this practice in 1913, there were some 70,000 ponies underground.

The ponies tended to be used for the shorter runs from the coal face to the main road which were more difficult to mechanise. Probably the last colliery horse to work underground in a British coal mine, “Robbie”, was retired from Pant y Gasseg, near Pontypool, in May 1999.

Larger horses, such as varieties of Cleveland Bay, could be used on higher underground roadways, but on many duties small ponies no more than 12 hands high were needed.  Only geldings were used. Shetlands were a breed commonly used because of their small size and hardy nature. In the interwar period, ponies were imported into Britain from the Faroe Islands, Iceland and the United States. Donkeys were also used in the late 19th century.

The type of pony used were low set, heavy bodied and heavy limbed with plenty of bone and substance, low-headed and sure-footed. Under the British Coal Mines Act of 1911, ponies had to be four years old and work ready (shod and vet checked) before going underground. They could work until their twenties, provided they were in good health.

The selection of the pit pony was a matter of extreme importance. Various characteristics of the pony were considered before it was chosen for work in the mines. Because of low roofs, steep grades and the tough work, the pony needed to be low set, heavily bodied and heavily limbed with plenty of bone and substance. It also needed low head carriage and to be sure-footed.

The weight of the animal was important because heavy loads had to be moved up and down steep grades that, in turn, necessitated sure-footedness because of road conditions.

Another consideration was the temperament of the pony. A nervous or shy pony would be very expensive to break in and probably not be suitable for hard conditions. A good pit horse was one that was even tempered and kind. A vicious horse was a menace to the drivers, liable to cause bodily injury and/or fatal accidents.

In shaft mines, ponies were normally stabled underground and fed on a diet with a high proportion of chopped hay and maize, coming to the surface only during the colliery’s annual holiday. In slope and drift mines, the stables were usually on the surface near the mine entrance.

Typically, ponies would work an eight-hour shift each day, during which they might haul 30 tons of coal in tubs on the underground narrow gauge railway. While their lives must have seemed tough especially to our modern pampered darlings the pit ponies were well cared for. They represented a capital asset to the mine, the best work could be obtained from animals that were in good condition. It was desirable that the horse have only one driver who would take more pride in the animal and so that they might both understand one another. Their daily working shift was normally the same as a man’s and drivers did not like their ponies to be double-shifted. When the animal got older, their work period was usually reduced to four hours.

The roadways were to be kept in the best possible condition to prevent accidents. The roof was also to be carefully brushed to rid it of protruding rocks that might cause a head injury to the pony. The ponies were taken below ground in a cage or were walked into the slope mines on the footpath.  Ponies generally stayed below ground for approximately five years, unless killed or maimed, and then they were either moved or replaced.

Ponies pulled material in coal boxes from the shaft or slope bottom to the working places and pulled the filled boxes to the point near the surface in a similar manner to railway yard shunting engines.

The efficiency of pit ponies depended upon the manner in which they were treated and the amount of food they received. A stableman was hired to take charge of the underground stable and also to take care of and feed the horses. Usually, an hour before work, they were fed hay, watered and grained.

A constant supply of pure water was considered one of the best investments possible in animal care. At each landing, a generous supply of clean water was placed where it would always be available for the horse. This would prevent gorging and eliminate many ailments that often proved fatal.

The stableman usually shod the horses with shoes made on the surface. Sometimes, a farrier went into the mine when a higher degree of shoeing skill was required. He would take the measurements underground and make the shoes on the surface.

Stable conditions were very important and much was done to tend to the comfort of these animals and lengthen their term of usefulness. In the stable, the height of the roof was to be seven feet when a five-foot horse was in use. It should be able to raise its head and relax its muscles because it had to work all day carrying its head low. Ventilation was to be arranged so that the direct current would not strike the horses. As little wood as possible was used in the construction of the stables to lessen the chance of fire. All stables were well drained and white washed to ensure they were as clean and airy as possible.

During the annual mine holidays and when they retied the ponies were sent to farms where they could spend their time at grass.

Like all work mates the ponies were loved and appreciated by those who cared for them. Their handlers would ensure they got the best treatment, food and rest. 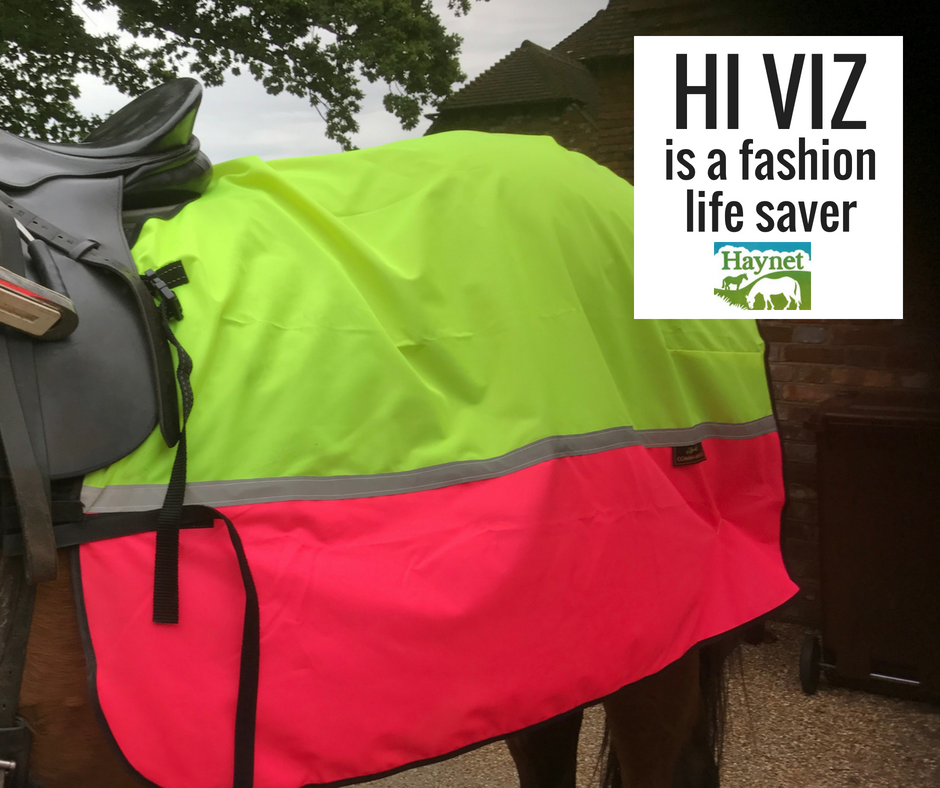 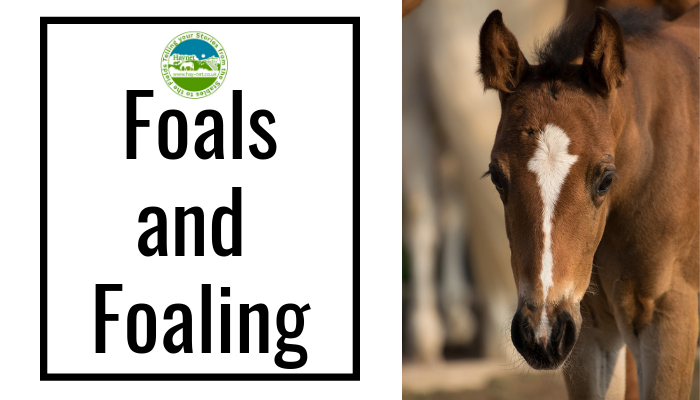 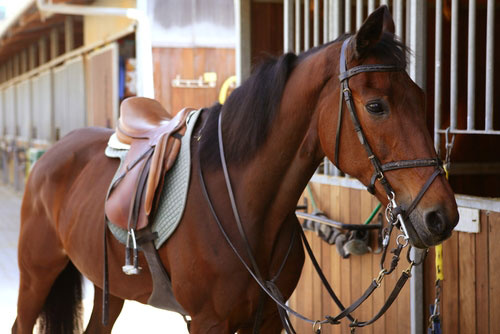 How To Rehabilitate Your Horse After Injury