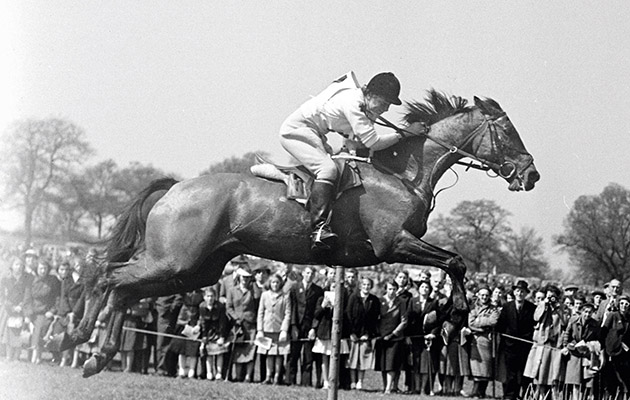 The first woman to win Badminton Horse Trials has died at the age of 86.

Margaret Hough, who took the title in 1954 with Bambi V, had been suffering from a chest infection, having had issues with her breathing since childhood.

Indeed her son Peter Gleave told H&H it was due to this that Margaret started riding in the first place.

“She’d had bronchitis as a child and the doctor said she should start riding, that’s how she got into it,” he said. “They were a farming family, her father had a milk round, but she got into ponies.”

Margaret, who lived in Bolton, later swapped one of these ponies for Bambi V, who remains one of only three mares to win Badminton.

“It was ground-breaking for a woman to win it,” Mr Gleave said. “One or two of the men at the time looked down at women having a go and doing well so it really was.

“But although she knew what she’d achieved, she never made a big deal out of it. My father was always dead proud of her; he’d always be telling people about it and she’d look at him almost as though she was telling him off!”