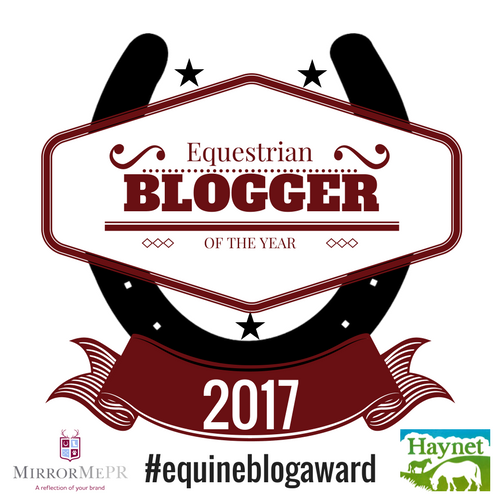 Finalists in the Equestrian Blogger of the Year 2017 Announced

Leading blogger directory Haynet and equestrian, country and canine PR & Social Media Marketing Agency MirrorMePR are delighted to announce the twelve finalists going forward to final judging. After months of reviewing 150 blogs, the judges, Sam Hobden, founder of Haynet & the Country Style & Equestrian Blogger Of the Year Awards and Ashley Rossiter, MD of MirrorMePR would like to personally thank everyone who put forward their blogs for consideration and commenting on the calibre of talent:

“We were really impressed by the variety and quality of the blog entries and it was a fascinating and personal insight into each blogger’s world. From home grown talent through to blog entries from Europe, US and Australia. The reach of these awards and the number of entries just gets bigger every year. We would like to thank everyone who took the time to submit their blogs. There are some fantastic creative writers and story tellers out there!”

In no particular order the finalists are:

With 50% of a public vote taken into account to decide the winner to this year’s title, they are invited to vote for their favourite. Voting is now open and will close at midnight on Friday 27th October 2017. The judges will then make their final decisions on who should be awarded the title of Equestrian Blogger of the Year 2017, Rising Star and Recognition of Talent. These three titles will be awarded and announced on Monday 30th October from 7pm through the awards dedicated Twitter channel following the hashtag #equineblogaward. The winner will win £100 cash and trophy together with a business portfolio supported by Equestrian Creative Network. They will also have a permanent advert linking to their winning blog on Haynet for twelve months together with marketing support.
This year’s award promises to be the most exciting ever and we look forward to crowning the Equestrian Blogger of the Year 2017!