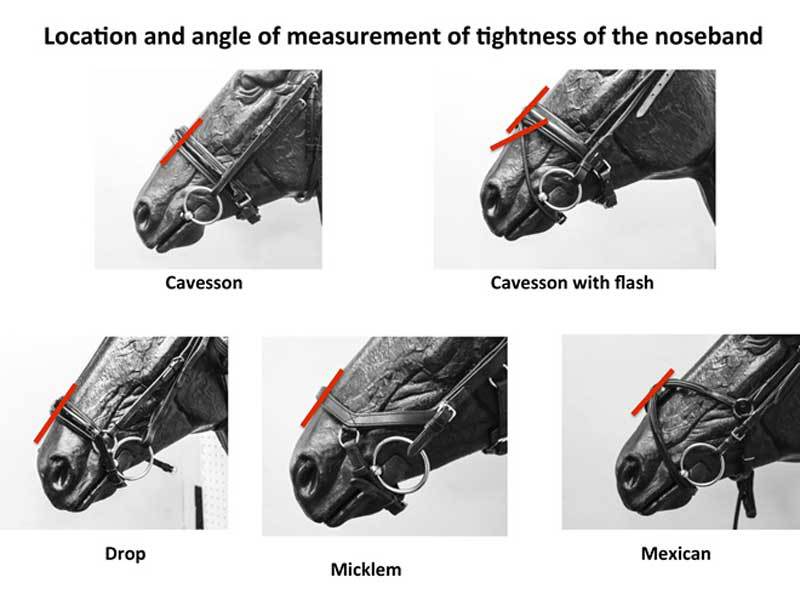 Danish officials clamp down on tight nosebands, based on study findings

The Danish Equestrian Federation is imposing limits on noseband tightness across all disciplines, based on the findings of a major study involving 3000 horses.

The scientific study was launched by the federation in 2014 to examine and record the various types of equipment used on competition horses, including bits and nosebands, in a bid to clarify their impact on the animals.

The federation has released only a summary at this stage, as the complete findings are destined for publication in a scientific journal later this year.

However, the information given to the federation’s board has persuaded its members to introduce limits on noseband tightness.

The federation said in a statement that the study had shown a clear correlation between tight nosebands and the presence of mouth lesions.

“We do not want the use of equipment in the sport to cause lesions in the horse’s mouth,” it said.

The new rule will be placed from January 1. It will require that a noseband on a horse must be able to accommodate a certified measurement unit in between the nasal plate of the horse and the noseband with a diameter of 1.5 centimetres.