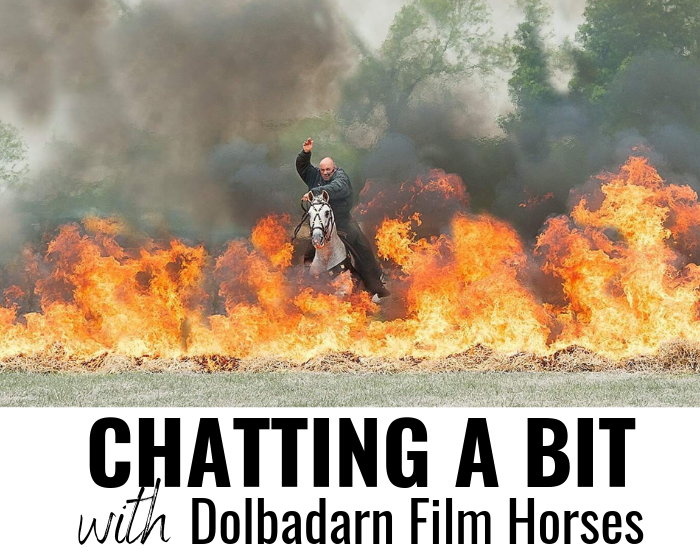 If equestrianism runs through your veins, then you will always watch in awe at horses that appear in film and tv series being ridden in jaw dropping stunts and situations.

Training horses to work in film takes much dedication, skill and time which Dylan Jones from Dolbadarn Film Horses only knows too well. With his business successfully training and supplying professional film trained horses and riders for the television and film industry for over 40 years, Sam Hobden from Haynet recently caught up with Dylan to find out more about the personality behind this unique equestrian business:-

Horses are a passion and the heart of your business. Were you brought up around horses as a child?

Yes.  We had a family riding school and trekking centre which used to take guided tours into the heart of the Snowdonia range. My mother used to sit me at the front of her saddle while taking the rides out. So you can say that I was born in the saddle before I could walk.

What were your childhood ambitions – was it to always work with horses in the film industry?

I always loved riding the horses as a child and every summer used to practically live on the yard. Getting pocket money for helping leading out the school trips we had in, as well as ragworting the fields!… In school, I always had a flair for performing and was chosen as a lead role in various school plays. Also, being Welsh had a strong singing voice. With that, I joined the Bangor Cathedral choir gaining my singing qualifications. I went to college to study performing arts, then from there to Trinity College to study a BA in theatre studies.

What would be your best advice to a school leaver who is thinking of making a career in stunt riding? What riding and personal skills are essential to work in this industry?

Follow your passions!! If you’re passionate about what you want, you’ll bend over backwards to get it!  Keep active and train as hard as you can. Myself, I trained in WuShu Kwan as a child as well as judo. I was an active mountain biker and used to compete on a regular basis in the Red Kite mountain bike bash … Riding wise, I’d grown up with horses, but when I decided to diversify and make a life in horses and working in tv and film, I researched into different riding styles. I visited Portugal on a regular basis to train in classical equitation. I also trained with a horse stunt team and the horsemen of the apocalypse, gaining skills as a trick rider and basic horse stunts.

Tell us about your business, how it started and about the team behind Dolbadarn Film Horses.

My father and mother used to supply horses and riders back in the 70’s and 80’s for film productions. Then while in college studying theatre studies, I got a call from my agent asking if I’d be interested in riding on an NBC movie, Merlin (1997). I jumped at the chance!!

While working with the horse stunt team ( The Devils Horsemen), I was so inspired by the level of training and skill set, that I decided to diversify. I’d grown up with horses and I also had a passion for performing. So, after a little research found out there were two main big horse teams London based, but none in Wales! So there was a niche in the market.

As my family had supplied horses in the past for film productions, it seemed like a natural road to go down. Twenty two years later, I’m still doing what I love and have built up an equine family on our yard that put a smile on my face every day.

What have been the triumphs and challenges of running such a unique equestrian business?

Challenges!!  There’s been plenty. The film and television industry is a closed shop. For many years it was hard to break into the bigger productions. Luckily, when I started off  S4C ( welsh language C4) gave me a lot of work as a horse master and supplier on their period productions. So I gained a lot of my initial experience from there.

Over the years, my reputation grew and bigger production companies started to call. During the early years,  I worked many sideline jobs just to make ends meet to pay for my training, horses and tack that I built up bit by bit.

Triumphs! Well, the most memorable triumphs are when I see my horses and teams final work on the screen . A proud moment. The most memorable would be working on the BBC’s Merlin series a few years back. Working closely with such a wonderful cast and crew over the years made memories which will last forever.

Tell us about the horses that you work with. What is the key characteristic you look for in a horse to use for stunt riding and film work?

We have two types of trained horses:

The actor trained horse – These horses are docile and intelligent. They are chosen and trained so they look after the artists that ride them, whatever the riding ability of that artist is. They understand to go from position A to end position B as many times as the shot requires, without putting a foot wrong.

The second type is the action horse: These horses are fully trained rider horses. The horses are very sharp and “ push button”. These are the horses you’ll seeing charging into a battle scene, rearing up… Going headfirst into a wall of fire etc … Both types are chosen for their bold characters, intelligence and willingness to learn and work as a team member.

Which film that you and your horses have worked on, is one that you are very proud of and why?

I have a few which stand out. Obviously, the BBC’s Merlin Series as I stated in a previous answer. But we’ve also supplied horses for the London based horse teams on big blockbusters such as Robin Hood, War Horse and more recently, Game of Thrones “ Battle of the Bastards” episode. All of which have been very memorable mainly because of the hard work and passion everyone puts into making these productions what they are.

As I mentioned earlier on … it is a closed shop, so to speak. But you tend to work alongside the same people time and time again, to the point you trust the team as though they are family. I suppose when you have your own horses on these productions too and see how well they perform (most of the time), you do have a sense of pride in knowing that you did something right.

Which film have you have worked on with your team of horses recently that we should look out for?

We were approached by Bad Wolf and HBO last Summer to work on HBO’s new up and coming series, The Watchmen which is due to be aired this autumn. I worked as horse master and supplied the horses and carts with my team. This production was also filmed close to our HQ in North Wales. So for many reasons, we are all looking forward to seeing it!

What are your future plans for Dolbadarn Film Horses?

We plan to move the business to a bigger complex in the near future (keeping in North Wales) and develop training courses gearing up for artists, as well as action riders to further their equine skills ready for the screen.

We are also training in house to devise and put out an equestrian theatre stunt show/display next season. Firstly at the new complex, once established we plan to take it out as a touring event in the future. We also have some lovely well bred stallions here that I’d like to start a breeding programme with. The aim is to breed well-tempered performing horses for the industry as well as interested clients.

We have a business plan in place, so once we move the team we can start putting these ideas into place. Then lastly, to obviously carry on supplying horses and trained riders for up and coming productions. We are only a small team in comparison to the larger London based teams so want to concentrate on Welsh based productions and the North West. Then when the bigger productions happen, carry on the tradition of supplying any extra horses and working alongside the London based stunt teams …

On a day off, where would we find you?

Where do you hope to be in ten years’ time?

Think I answered that in another answer. Basically , still doing what I do. Settled in the new complex. Having a strong team around me and making sure the horses are finely tuned and happy for any up and coming jobs. Oh … by then, I might have time to start a family so when I’m old the next generation can take over the reins, so to speak!

Bay, Greys or Chestnuts: A nice royal bay or a black

DVD or Streaming: Both

Spend or Save: Bit of both

Home Cooked or Eating Out: Both 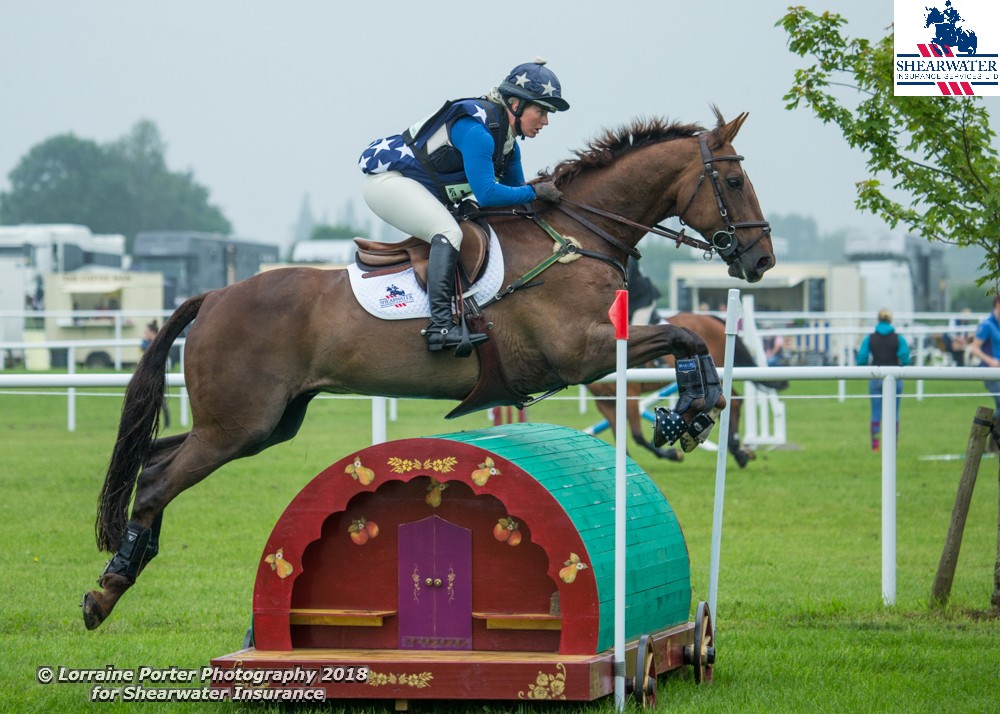 Chatting A Bit with Kylie Roddy 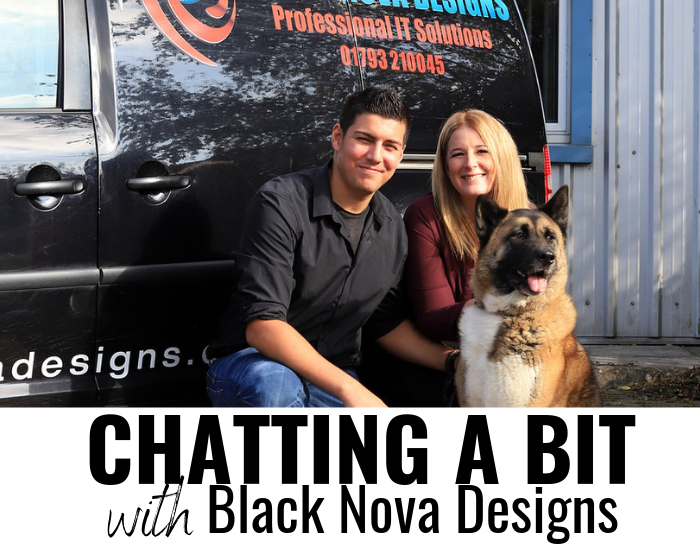 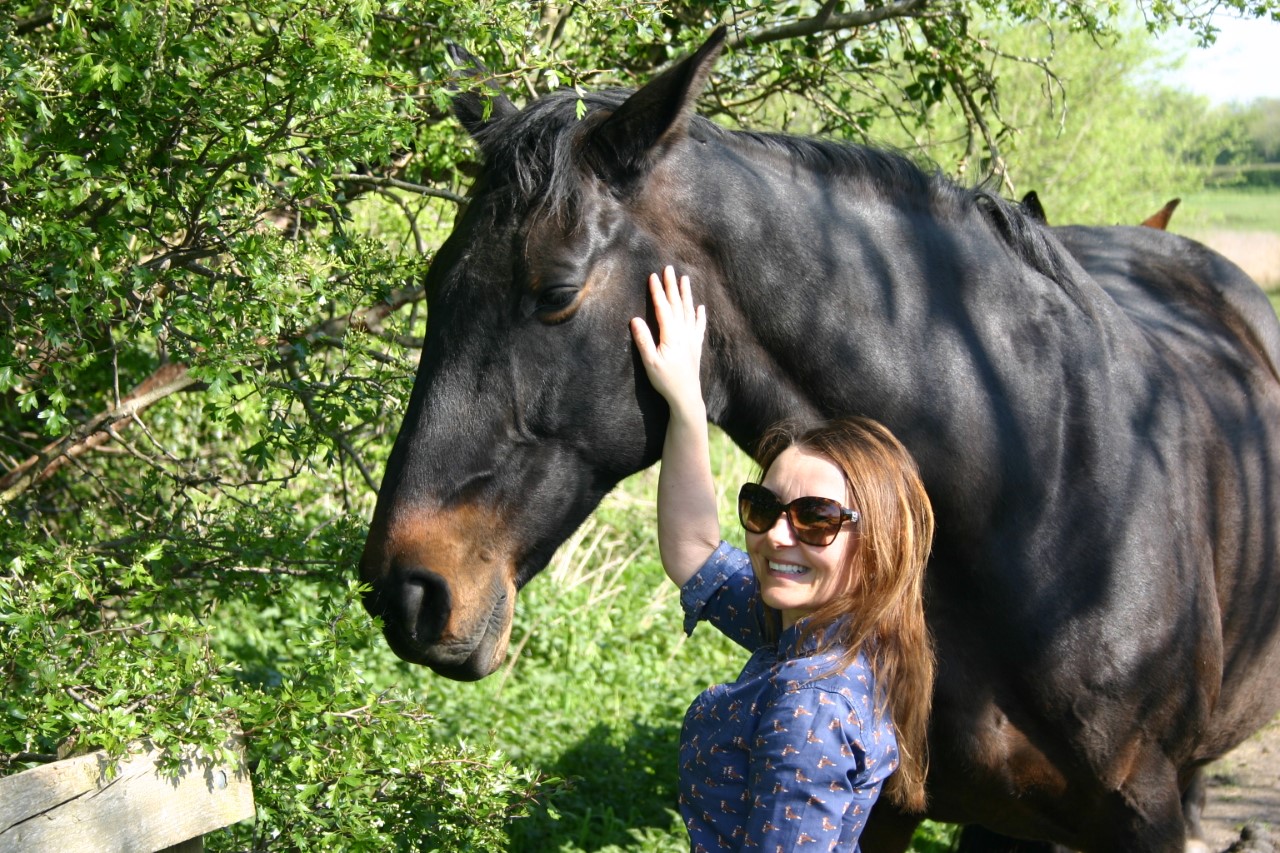 Chatting A Bit with Mulberry Tree At Home