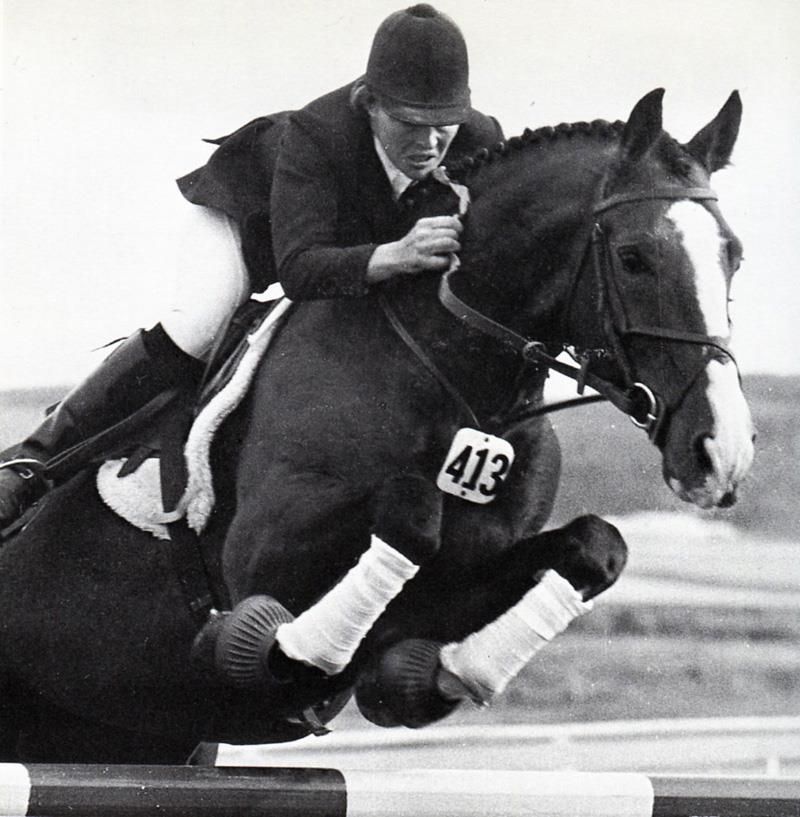 Caroline was the kind of rider we all strive to be, utterly fearless, totally committed to the sport she loved and completely at one with each and every horse she rode. It is a treat to watch clips of her riding, she has beautiful soft hands and is incredibly focused on what she is doing. I feel very privileged to have been able to see her ride. She made her debut on the British team in 1966 when she was just 20 years old. In 1973 she took the silver medal on True Lass at the Ladies European Championships in Vienna. The following year, Caroline became the first woman to win the Puissance at Horse of the Year Show in London, in the same year she was also fourth in the Ladies World Championships in La Baule.

In 1975 she had a great victory in the Hamburg Derby on New Yorker becoming only the second woman to win this prestigious competition. A few years later, Caroline won the Queen Elizabeth II Cup at the Royal International Horse Show on Marius which was also a great year for her best horse Tigre. On him she won the team gold medal in the World Championships in Aachen. She also won the Nice Grand Prix and the Grand Prix in Calgary.

In 1979 Caroline was again a member of a gold medal winning British team, riding Tigre at the European Championships in Rotterdam. Again teamed with Tigre she won the President’s Cup in Calgary and in Paris won the Grand Prix. The next year was an incredible one for Caroline, she was elected Sportswoman of Year in 1980 and also received an OBE from the Queen. Caroline also topped the money winner’s list, won the Grand Prix at Hickstead and again won the Queen Elizabeth II Cup, this time on Tigre. 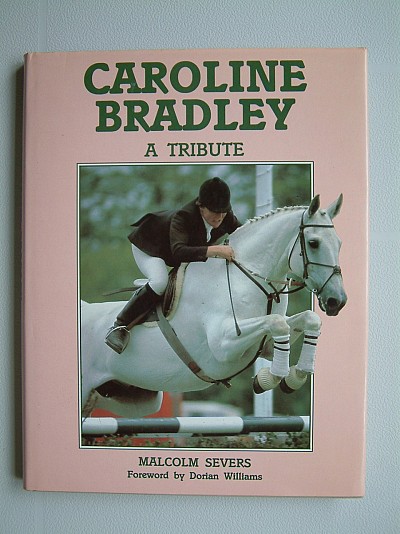 Tigre was sold in 1981, for more than eight times what Caroline had paid for him. She then bought a new young horse, Milton. Caroline’s great horse Marius was the sire of Milton. Caroline was a tremendous horsewoman with an incredible instinct for picking fantastic horses she knew when he was a youngster that Milton would be one of the greatest of all time. Caroline rode and trained Milton until her sudden and tragic death. She was right about his potential Milton went on, with John Whitaker, to becoming the first show jumper to win a million pounds.

Caroline had just completed the first round of a competition at the Suffolk Show in 1983 when she slumped to the ground and attempts to revive her failed. She had suffered a heart attack at the age of just 37.

At her peak, Caroline was ranked by many as the greatest lady rider in the world, I wonder what she would have gone onto achieve if she had lived. Caroline was one in a million – an inspiration and a true equestrian legend.