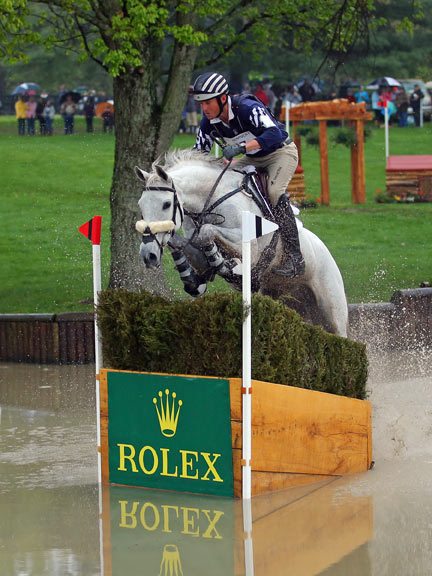 Boyd Martin’s ride Cracker Jack has been euthanised after sustaining multiple pastern fractures in the final stages of the 4* Pau horse trials in France.

The US combination were clear and had an impressive trip over the course, but coming into the final stretch in the arena, Cracker Jack took “a horrible step, almost on false ground. I heard a crack and instantly knew something was wrong,” Martin said. “I knew Crackers was in bad shape.” He pulled up immediately and jumped off the horse, who was tended to straight away, as the incident occurred close to the finish line.

Cracker Jack was taken to the racetrack hospital nearby, where X-rays showed multiple fractures in the pastern. Crackerjack’s owner/breeder Lucy Boynton and Martin, on the advice of several veterinarians, decided the only humane choice was to euthanize Crackerjack. He was aged 13.