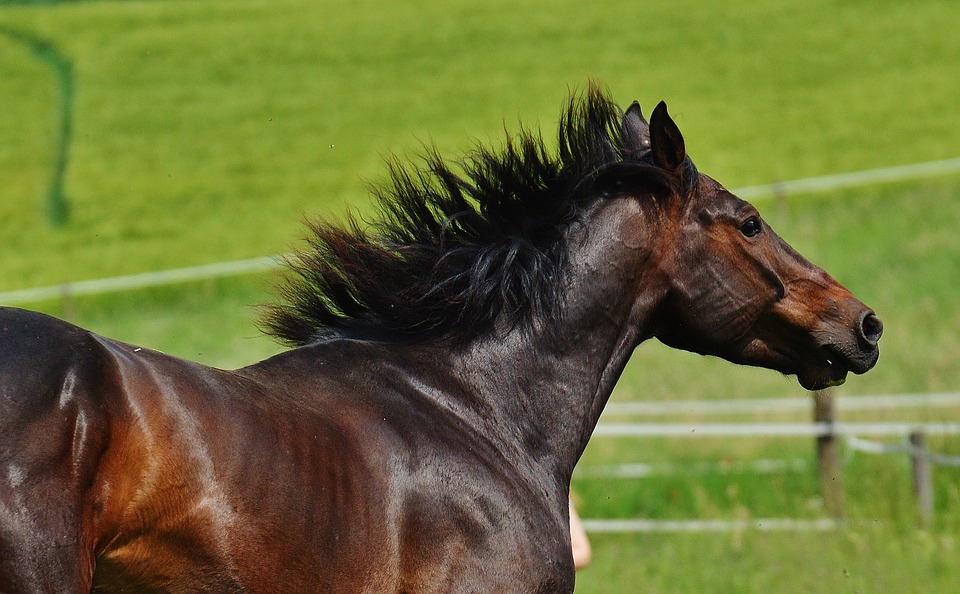 I sometimes wonder whether my horse has a split personality, very sunshine and showers. Luckily the sunshine comes through most of the time now, but believe me I’ve had the showers to deal with in the past.

How come some horses can accept change and a different routine quite readily, while some have an almost breakdown if their daily itinerary is changed? My horse is generally a doddle to handle and I very rarely these days, have to deal with his stresses. I know him pretty well now and especially with his advancing years he deals with change all in his stride. However, this has not always been the case….

A few years ago, I moved house which meant moving him to a yard on my doorstep instead of a fifty minute round trip. All was well to begin with, a little snorting and on his toes but generally, he dealt with the move all in his stride. The weeks went by and his behaviour became worse. He stressed when he left his box and stressed when he was in it. It was quite a walk to his paddock from the yard where he would start to throw himself about, call and generally be twenty two hands tall to his normal lofty seventeen… There were other horses in the yard and in the turnout paddocks and at that time I couldn’t pinpoint what he was so upset about. He hadn’t become particularly attached to any of the other horses either, so it was a mystery at first to me why he was becoming so upset.

Hacking which was always enjoyable became a stressful affair with napping, calling and riding him was like sitting on a coiled spring. I tried all the usual calmers…but nothing worked. His behaviour came to a head when one weekend he hurt a friend when being turned out by tanking off and then trashed his stable with his box walking and was constantly dripping in sweat. I decided to call it a day and take him back to his old yard (thankfully I had one very understanding previous yard owner!)

The day he returned to his old yard, I saw that horse literally calm in an instant, surrounded by his old buddies. He took a month or so to return back to his normal self but I questioned what on earth happened to him? I spoke to many knowledgeable horse friends, my vet and researched on the internet about horse behaviour. We all came to the conclusion that the problem was being in separated paddocks and not being in a herd which he had been used to for years. He was also head of the herd, so be plucked from that role into a paddock with horses around him that he couldn’t be in charge of, blew his mind.

I have watched over the last decade of horse ownership, horses move in and out of yards, go off to competitions and they don’t bat an eyelid while some it’s just too much for them to cope with. But why? Horses are very sensitive and intuitive to their surroundings. In the wild, horses are always in a herd and their prime instincts are to survive by locating food and water and warding off threats to their well-being. Threaten any of these instincts and the horse in the wild and in a looked after environment will show some form of stressful behaviour.

The horse’s basic response starts with a change in its behaviour which can be anything from a sharp switching of their tail to the more dramatic bucking or rearing. Studies have shown that this stress can cause activation of their “sympathetic nervous system” called its “flight or fight” response. Signs will be sudden loose droppings and an increase of its heart rate resulting in “sweating up”. However, each horse deals with stress in different ways depending on their personality.

Of course, training is a huge help to horses that find certain situations stressful. Some horses are terrible travellers and going to shows or competitions can prove to be nothing but relaxing for the horse and its owner.  A horse may be struggling with the confinement of the trailer or finding it difficult to balance. It is almost certainly an unnatural source of confinement for them, especially if they are not used to it. With time and patience, regular training with loading and short journeys can help settle a horse and acclimatise it to travelling. Then there are cases where some horses are really upset by being left when their field or stable buddies leave for various reasons. Again with separation training, this can help but some horses just will not settle until they are reunited again with their equine friend.

Personally, I try and limit the stressful situation for any horse. Some may say that the horse would just have to learn with these situations and some horses in time do become more chilled out. There are horses though that just do not calm so I would do anything you can to limit the stress for them. If travelling is a problem, then why not take their equine buddy with them. If the horse will not stand safely for the vet or farrier then why not let them have company with them. I’m all for an easy life and if there is a solution to have a happy horse then you have a happy owner in my opinion. Remember to be calm yourself around them, they feed off any anxieties you may be portraying too. I have seen over the years very stressed owners with their own horses almost mimicking their tensed up behaviour!

Horses and ponies stress for a reason. Think of the following points to keep calmness and routine to their lives as much as you can, which will result in a very happy equine:

Keep horses turned out as much as possible, with plenty of grazing or ad lib hay

Stick to a routine but if you have to make changes, do so slowly

When travelling take items that are familiar ie your own hay, feed, treats

Avoid riding in extreme weather conditions if you can.

Make sure your horse has plenty of social activity

Written by Samantha Hobden of https://www.hay-net.co.uk 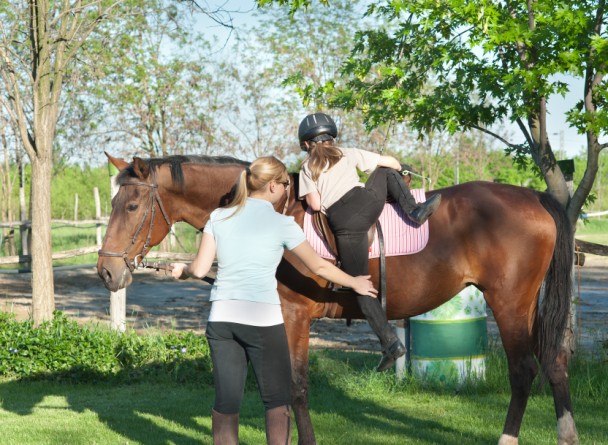 The Question of Getting On 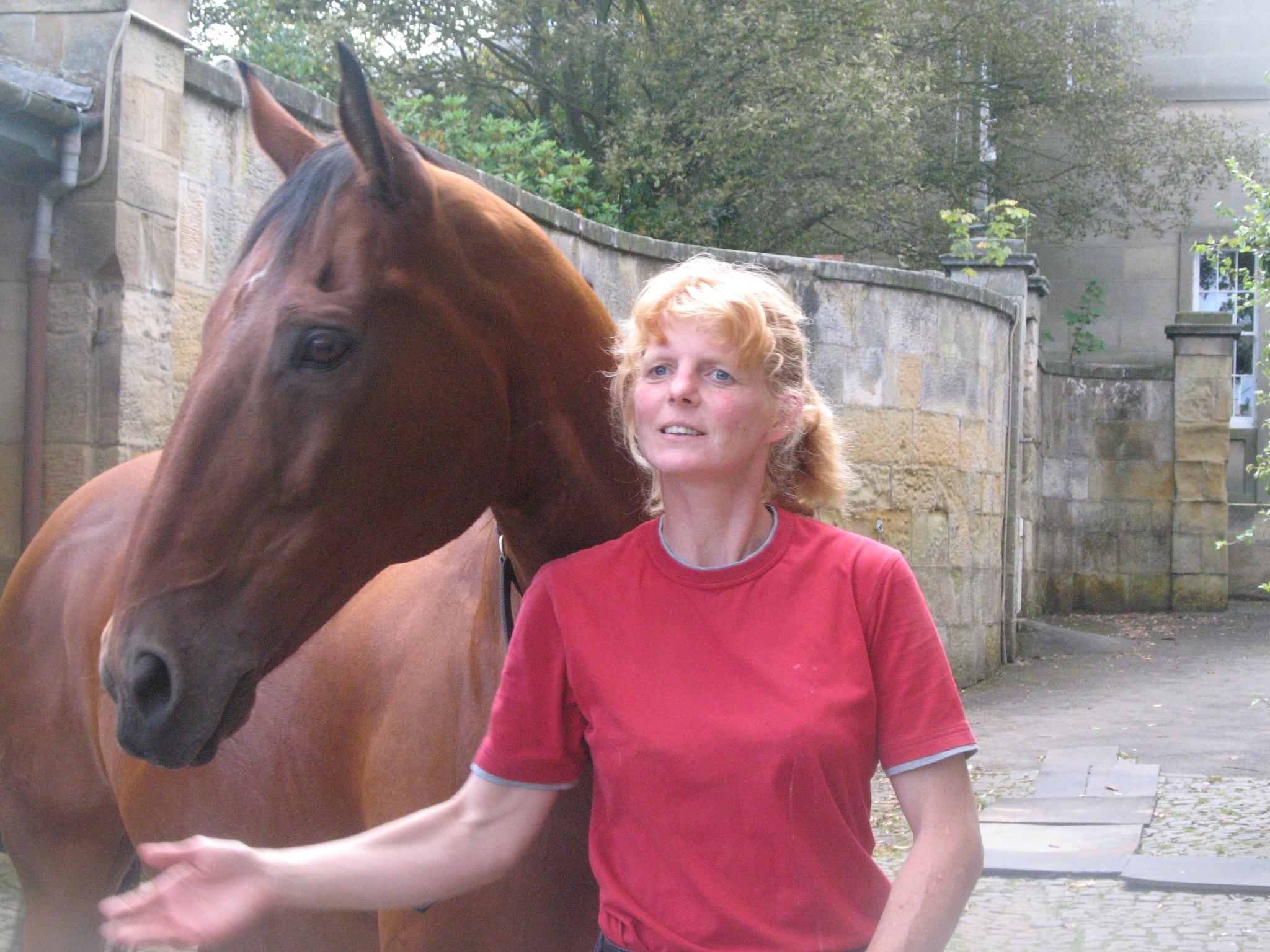 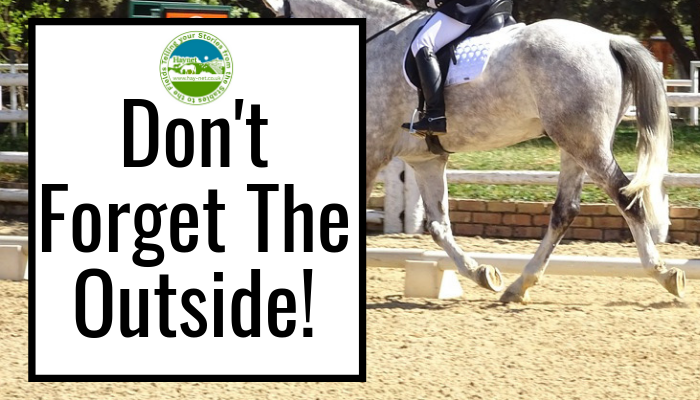 Don’t Forget The Outside!